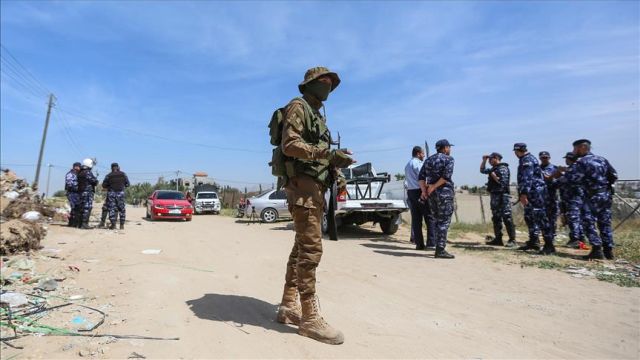 Gaza City, Palestine: The prime suspect in a Jan. 13 assassination attempt on Palestinian Prime Minister Rami Hamdallah was killed Thursday in an exchange of fire with Hamas-run security forces in the central Gaza Strip, according to Gaza’s Interior Ministry.

In a statement, the ministry said two security personnel — along with a second suspect — had been killed in the exchange.

“The prime suspect, Anas Abu Khoussa, was killed in the exchange, while an accomplice, Abdul-Hadi al-Ashhab, succumbed to injuries after being hospitalized,” the statement read, adding that a third accomplice had since been arrested.

The statement went on to say that two members of Gaza’s Hamas-run security services — Ziad al-Hawajri and Hammad Abu Sweirih — had also been killed.

On Wednesday evening, the Interior Ministry announced it had identified a “prime suspect” in a failed assassination bid on al-Hamdallah earlier this month.

On Jan. 13, al-Hamdallah’s convoy struck a roadside bomb in Gaza’s Beit Hanoun district during a visit by the prime minister to the Hamas-run coastal enclave.

Earlier this week, at a meeting of the Palestinian leadership in Ramallah, Palestinian President Mahmoud Abbas blamed Hamas for the attempt on al-Hamdallah’s life.

Hamas, which has governed the Gaza Strip since 2007, denied — and denounced — Abbas’s accusation.