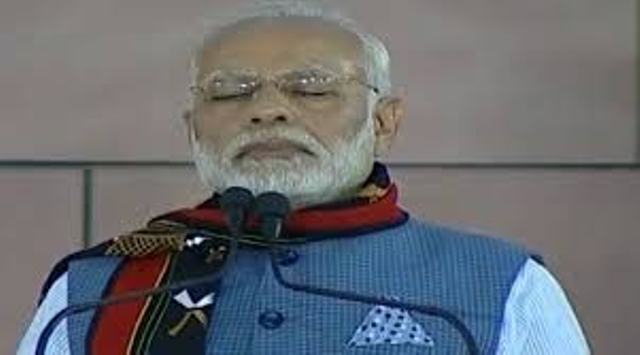 New Delhi: Prime Minister Narendra Modi on Saturday paused his speech midway as soon as Azaan (Muslim prayer) began from a nearby mosque.

As soon Prime Minister Modi heard Azaan, he stopped his speech and informed the party cadres about the Azaan. Till the time Azaan continued, Prime Minister Modi and party workers maintained complete silence in order to pay respect to the Muslim prayer.

The Prime Minister resumed his speech once the Muslim prayer got over.
Azaan is the Islamic call to worship and it is called out by a muezzin from the mosque five times a day.