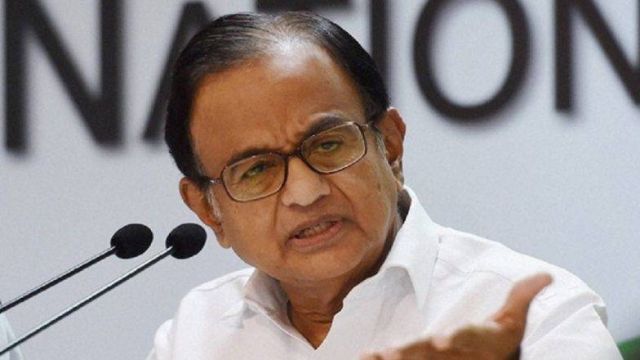 New Delhi : Former Union Minister P. Chidambaram on Monday took a dig at the BJP for promising statues and temples ahead of the 2019 Lok Sabha elections, after failing to fulfil its earlier poll promises of development and jobs.

“At the beginning of five years, the promise is for development, jobs and money in every citizen’s bank account,” the Congress veteran tweeted.

“Nothing achieved, at the end of five years, the new promise is for grand temples, giant statues and doles,” he said as he reminded Prime Minister Narendra Modi of his earlier promises of vikas (development), providing two crore jobs annually and bringing back black money stashed in foreign tax havens and filling up the poor man’s coffer with Rs 15 lakh each.

Chidambaram’s latest jibe at the ruling Bharatiya Janata Party comes at a time when the saffron brigade has been raising the pitch for the construction of a grand Ram temple in Ayodhya.