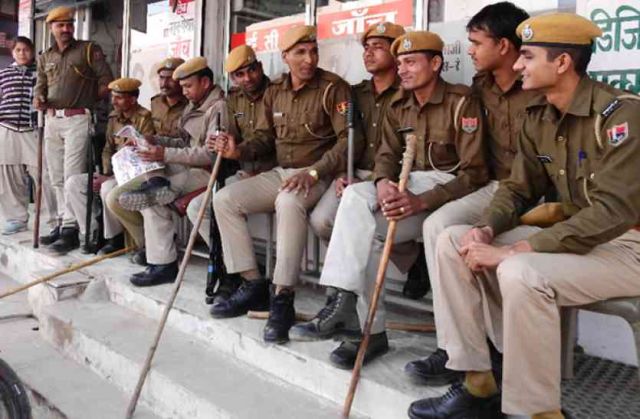 Jaipur : The first day of the year was rung in with violent protests and tension in Bundi, Rajasthan, with a police lathicharge on protesters who wanted to perform pooja at a disputed site in the town.

In the wake of a call given by the Hindu Mahasabha members to perform pooja on January 1 at Maandhata Balaji Temple in Bundi, a heavy police force was deployed in each and every corner of the city to avert any untoward incident in the city.

Bundi’s district magistrate and collector Shivangi Swarnkar had imposed Section 144 from 8 p.m. on Saturday night till the next order to maintain peace in the town. Internet was also suspended, to prevent organisations from spreading provocative messages and material on social media and other sites.

Members of the Hindu Mahasabha declared they would take out a massive march to the disputed site and perform pooja there.

The police tried to stop the protesters, and had to resort to lathicharge when they could not be controlled.

A few protesters were injured and taken to hospital.

Talking to IANS, a senior official said that the entire Bundi police force was on the ground to maintain peace and harmony. He said the situation was tense and police was on its toes.

The administration has sought the help of drones for surveillance of the sensitive areas of the town.