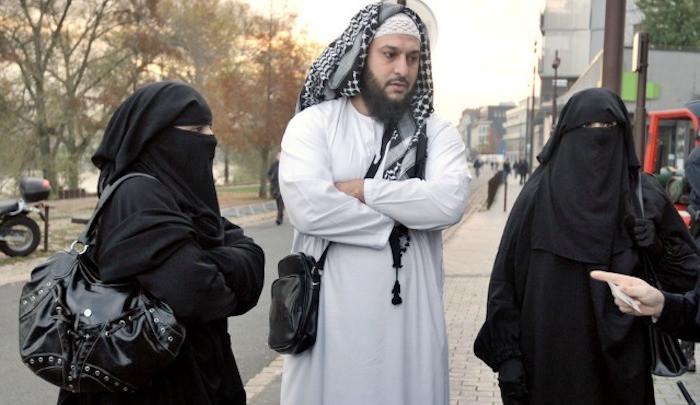 New Delhi : The All India Muslim Personal Law Board (AIMPLB) on Friday defended the practice of triple talaq and polygamy, professing that polygamy is a social need and a blessing and not a curse for women.

Saying that “polygamy is a blessing, not a curse for women”, the AIMPLB, in its affidavit filed in the Supreme Court on Friday, said that if the option of polygamy was not available to a husband, then he may divorce his existing wife or indulge in illicit affairs.

“An unlawful mistress is more harmful for social fabric than a lawful second wife,” the AIMPLB said in its repose to suo motu petition on the rights of Muslim women concerning marriage, divorce and maintenance and whether the current practices under Muslim Personal Law was violative of the fundamental rights guaranteed under the Constitution.

Defending the Shariah granting right to divorce to the husband, the AIMPLB said that “men have greater power of decision making. They are more likely to control emotions and not to take a hasty decision. Men are expected to behave thus on the following grounds”.

The top court by its October 16, 2015 order had directed its registry to file a PIL to address the issue of the rights of Muslim women in respect of concerning marriage, divorce and maintenance.

Terming a “common misperception” spread by communal outfits that the incidence of polygamy is higher among Muslims, the AIMPLB, referred to several surveys since 1931, to drive stress that Muslims have the lowest rate of polygamy in India.

It however defended polygamy saying that the institution is not considered immoral in Sharia Law, which proceeds on the principle that the “institution of monogamy is most desirable but cannot be made mandatory”.

“In the Indian context it should be remembered that polygamy was widely prevalent amongst many non-Muslim communities as per their respective personal laws. However with passage of time some of those communities were subject to compulsory rule of monogamy,” AIMPLB said in its reply.

Contending that the “practice of one religion cannot be compared with other religion as it is unique feature of one’s religion”, AIMPLB reiterated its position that it was only the parliament that can deal with the issue of personal law and it can’t be interpreted by the courts.

Seeking to oust the courtds from interfering with matters of personal law, the AIMPLB said that “personal laws of a community cannot be re-written in the name of social reform”, and Muslim personal law can’t be challenged as it is a right rooted in religion based on Quran and Sunnat.

It said that the “practices, sought to be reviewed by way of the present suo motu writ petition are protected by Articles 25 and 26 read with Article 29 of the Constitution of India”.—–IANS