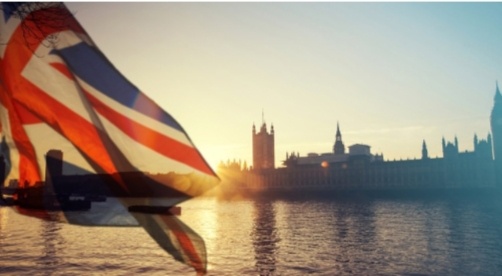 Washington DC: The World’s 1st Halal Angels Network has announced that it will establish its headquarters in London by next year in January 2021.  The network to tap the 5 Trillion US Halal Consumer market globally was launched in May this year amid the COVID-19 pandemic. ,

Dr.Tausif Malik, founder, Halal Angels Network, said  “Based on our research for an ideal location to move our headquarters, we felt that London, UK would be the ideal location for our new headquarters, as it is home to the majority of investment firms, family office, Venture capital, PE Firms, and Angels network”.

Dr. Malik, who is  an  Indian American,  hoped that based on the research post Brexit UK can reposition as the global hub & gateway to Ethical & Shariah Finance to the world.

Post-Brexit financial institutions are relocating to various cities across Europe such as Frankfurt, Dublin & Paris, according to Northwestern University Medill Report “London’s emergence as an economic powerhouse has profound implications for the country’s economy post-Brexit. Financial services accounted for 15% of London’s economic output in 2017 and 6.9% of the United Kingdom’s economic output in 2018, according to a 2019 report by the House of Commons Library”.

This would have overall implications on the economy, jobs, tax revenues, real estate and would have a domino effect. But sometimes challenges throw in new opportunities as, London, UK has been the financial capital of the world, and over the years it has developed an entire financial ecosystem to leverage and maintain its number one position.

It is expected that post-Brexit UK can reposition itself as the global hub & gateway to Ethical & Shariah Finance to the world and leverage its ecosystem due to the following reasons:

Dr Malik  also quoted a  research stating that  Return on Investment on Shariah Finance have been higher.

For  example, if the debt is negligible then returns are higher example Apple.As debt is based on interest and Shariah investments are based on equity sans interest.

Post-COVID -19, the startups can give a great fillip to the UK economy and UK can be hub for Islamic Fintech, Halal food manufacturing, Halal cosmetics, and, Modest fashion.

According to Network research, the Ethical & Shariah Finance market there is tremendous potential as it has been never tapped or streamline. Post COVID-19 everyone needs to rethink strategy and tap new markets and this is an ideal time.

He further said that the Network is keen and open to working with British policymakers, Universities, and organizations to leverage this market potential.

According to Reuters, the Halal consumer market is valued at $5 trillion and would grow to USD 9.71 trillion by 2025. The economic development of leading Islamic countries such as Indonesia, Malaysia, India, Pakistan, Nigeria, and Iran is expected to boost the global halal products market reach over the coming years (Reuters, 2019).

Comprising halal food, travel, cosmetics, modest fashion, and Islamic finance, demand for goods and services that align with Islamic principles is on the rise, but just $745 million in disclosed private equity investment was invested in the Islamic economy over three years, far less than the $595 billion in private equity and venture capital investments that occurred globally in 2017 according to the report published by Wamda.

Muslim communities are as technology savvy as any other, especially their younger members who form part of the global rise of ‘millennials’ and their forward-thinking, can-do mindset. With the breaking down of borders through digital platforms, it is easier than ever for Islamic centric entrepreneurs to access the global Muslim population of 1.7 billion people (Gulf Business).