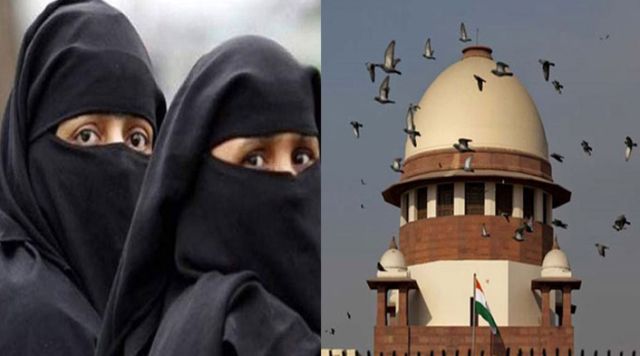 NEW DELHI : The Supreme Court on Thursday told a counsel, representing a petitioner challenging the Hijab ban in Karnataka government educational institutions, that comparisons with turbans worn by Sikhs will be improper and practices of Sikhism were well ingrained in the culture of the country.

A bench comprising justices Hemant Gupta and Sudhanshu Dhulia told advocate Nizam Pasha, representing a petitioner, that the comparison with Sikhs may not be proper and the 5 Ks of Sikh have been held to be mandatory.

Pasha made an analogy to Sikhism to show that there is no basis for the state to allow Sikhs to wear the turban and prohibit Muslim girls from wearing a Hijab. He contended that just like growing the hair and wearing a turban is one of the 5 K’s of Sikhism, obeying the word of Allah in the Quran is part of Tauheed/faith, which is one of the 5 pillars of Islam, so the duality of the position reflects discrimination.

Pasha said he went to a school, where there were several Sikh boys who wore turban of same colour to the uniform and it has been established that it will not cause violation of discipline.

Justice Gupta said five Ks of Sikh have been held to be mandatory and a five-judge bench of this court held that wearing turban and kirpan is essential for Sikhs. “That is why we are saying that comparison with Sikh may not be proper,” he said.

Pasha reiterated just like the five Ks for Sikhs, there are five pillars of Islam and that is the exact position for us. Justice Gupta pointed out the condition of admission in a medical college in Punjab was that those who did not follow Sikhism cannot get in, and a girl was denied admission, as she trimmed her eyebrows and the matter is pending here.

He further added that Sikhism practices are well established, and well ingrained in the culture of the country.

Pasha argued that the right to wear Hijab is also protected by the right of minorities to conserve their culture provided in Article 29(1), which unlike Article 25 does not have any limitations, and a larger bench will have to analyse Article 29 to define its contours. He added the prohibition in Article 29(2) against being denied entry into educational institutions run by the government on the basis of religion is clearly violated if a Muslim who believes that Hijab is essential to her faith is denied entry on that basis.

Justice Gupta posed a question to Pasha whether the respect for other faiths that finds place in Hinduism is reflected in other religions. Pasha cited verses where the Quran mandates respect for other religions and says that non-believers are welcome to their way of life just like believers are welcome to theirs. The top court said it will continue to hear the matter on Monday.

On Wednesday, a counsel representing one of the petitioners’ asked the apex court how a secular administration, allowing others to wear bindi, kada, or cross, could restrict Muslim students’ fundamental right to choose wearing Hijab, in addition to prescribed uniforms.

The top court is hearing a clutch of petitions against the Karnataka High Court judgment, which upheld the right of educational institutions to ban wearing of Hijab in pre-university colleges in the state. — IANS