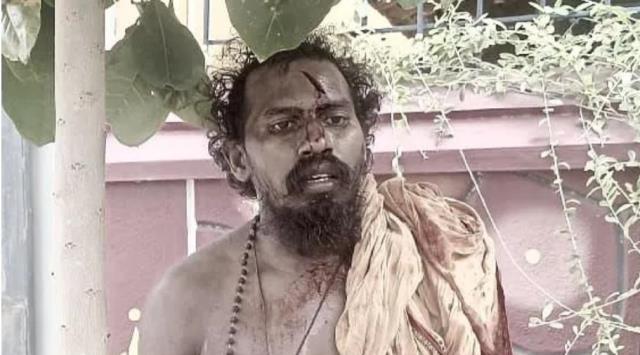 In the temple town of Lord Shiva, Thiruvannamalai, Tamil Nadu, a priest identified as Manikandan on August 23 allegedly attempted to sexually assault an American woman, who had come to the town for a spiritual tour. He was beaten by the woman and handed over by local residents to the police.

In the spiritual land of Thiruvannamalai, it is traditional for people to stay for months and visit Sri Annamalaiyar (Shiv ji) temple. Apart from this, there are various Ashrams where devotees from abroad come and stay. Moreover, they walk on “Girivalam” (spiritual walk) on full-moon days barefoot round the temple receiving blessings from the thousands of preachers on the path to the gorge.

According to media reports, a 32-year-old woman named Asiali from the United States of America had  rented an apartment in Arunachaleshwarar Nagar, Thiruvannamalai for the past 8 months. Similarly, Manikandan, 34, of Thirumalaipatti village in Namakkal district Tamil Nadu was one of the preachers in Girvalapathai (spiritual path). As he wanders around the gorge, he peeped at Asiali living in an apartment in Arunachaleshwarar nagar.

Manikandan had been monitoring Asiali for the last 1 month. It is in this context that Manikandan, who came to know that Asiali was alone this morning, went home and tried to commit sexual assault. The priest was severely beaten in a defensive attempt by Asiali at the time and severely injured. However, the priest made counter attempts to assault her. But, as Asiali shouted for help the people in the neighborhood rushed towards the apartment and surrounded the priest. Following this, Samiyar Manikandan was given a ‘big blow’ and handed over to the Thiruvannamalai Rural Police Station. Asiali, who sustained a head injury in the incident, has been admitted to the Thiruvannamalai Government Medical College Hospital for treatment.

Since, the capital of Tamil Nadu, Chennai which was earlier rated as one of the safer places for women to live in, such act of sexual assault by the priest in temple town of Thiruvannamalai, and similar incidents which had paved the way for silent raise in crime against women especially on foreign nationals.

On other hand the controversial Baba who tagged him selves as the “GodMan”, Swami Nithyananda who recently claimed that he had formed his own country named Kailasa also belonged to Thiruvannamalai. Swami Nithyananda decades ago was caught in a sexual activities with some of his devotees especially former Tamil actress Ranjitha which sparked controversy as well. Such a raise of claimed GodMen and priests around Thiruvannamalai town who are the extreme addicts of Cannabis and alcohol must be investigated with reference to their activities and from where they get drugs which leads to sexual assaults of innocent pilgrims.

UAE minister of ‘tolerance’ gets sexually violent with a British woman