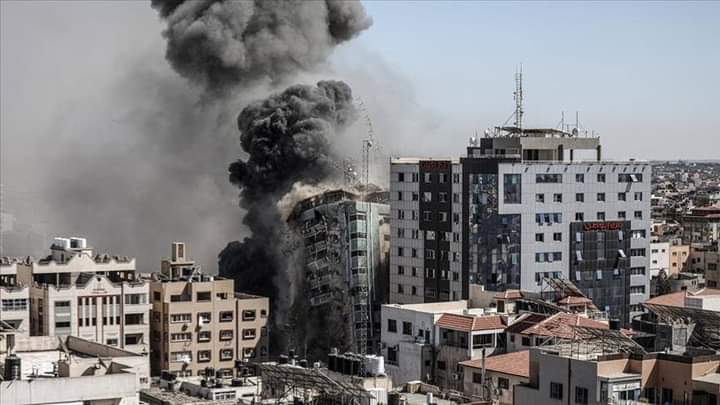 A series of Israeli airstrikes that left dozens of people dead in a Gaza Strip neighborhood were conducted “without warning” and “with limited intelligence about what they were attacking,” an investigation published Thursday determined.

The strikes flattened three apartment buildings in the early morning hours of May 16, resulting in 44 deaths in what marks the single deadliest incident of Israel’s 11-day air campaign.

Israel says the strikes targeted an underground Hamas command center, and while “there is no evidence Israel struck or directly targeted the apartment buildings,” experts told the US newspaper the types of strikes that were documented “can easily lead to catastrophe and could be a war crime.”

The Israeli military told the Times that while they targeted the Hamas command center, they did not know its exact location, nor its size. It did not provide evidence of the alleged command center, and Hamas denied it exists.

Bomb fragments presented to the newspaper by Gaza police indicate the bombs dropped on al-Wahda street in Rimal where the apartments were located were American-made 2,000-pound GBU-31 Mark 84 bombs outfitted with GPS equipment that allows for precision targeting.

At least four were likely dropped by the Israeli Air Force “within feet” of the apartment buildings, the investigation found.

The Israeli military maintains that all of the bombs hit their designated targets, but that does not mean the strikes were in compliance with international law.

May’s 11-day conflict resulted in 257 Palestinians, including 66 children, losing their lives. Thirteen people were killed in Israel due to Palestinian rocket fire, including two children.-AA