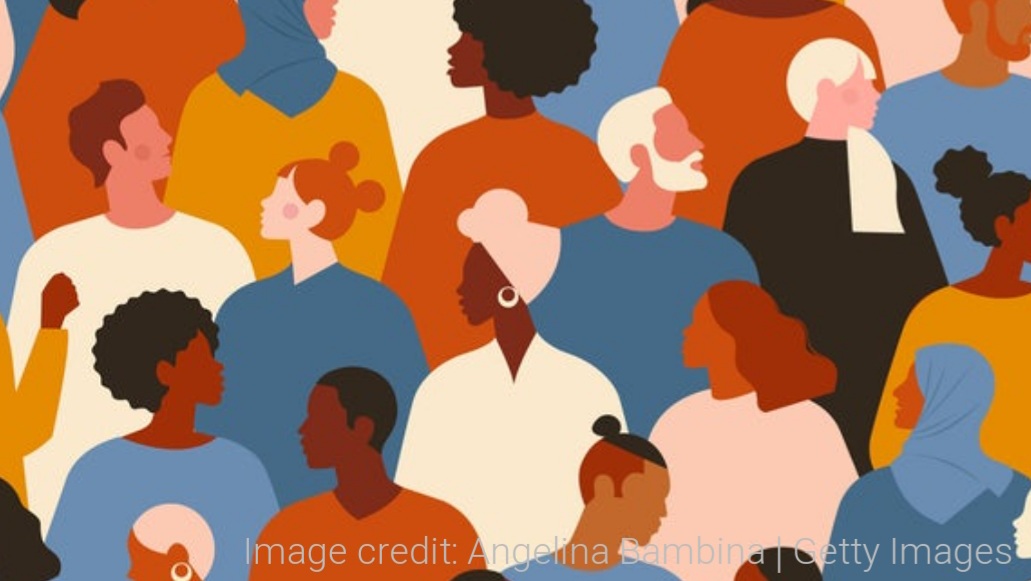 Diversity is one word that is quite in fashion these days. But in a situation where it is left to fend for itself, it does not have any significance on its own. Diversity for the realization of the underlying principle of inclusive and equitable growth must be adopted in letter and spirit. It cannot be reduced to a decorative piece.

A lot of jobs today require people to have diverse experience fortified by compounded learning. And when it comes to hiring young, this factor becomes even more critical. Top blue chip companies are looking for more and more young, dynamic and versatile people who can add diversity to their resource pool.
While on job front proficiency in skills sufficient enough to perform the assigned job should ideally be the selection criteria, this is not the case. Companies are looking for not just expertise but more. So typically if you meet the qualifying criteria, pass all tests, there is still a final interview round where you could be rejected, based on what, is the subject of debate. As discussed above in recent days companies have developed a liking for people with diverse experience. And they like it all the more when the candidate is young, comes from a polished background with an assortment of degrees from A list schools. So you have a fair idea where that debate starts.

One might ask, what is the problem with candidates coming from A list schools? Further the question arises what is the problem with preference given to young pass outs from those A list schools? After all it’s the company’s prerogative. But, hang on. Weren’t the companies themselves claiming in their introduction that to add diversity to their resource pool was one of their mission statement. Didn’t they ask you to fill those compulsory fields related to diversity in your job application form.

Right? Then here lies the problem. If the organisations are really concerned about diversity then why they have this policy of recruiting only from A list schools? On the face of it, it’s an exclusive approach to sourcing and definitely not an indicator of diversity so glorified as the ultimate goal. When you hire people from a predefined universe you not just kill the prospects of far better applicants but limit the growth prospects of the organisation itself.

Secondly, when you lay down such an exclusive criteria those that qualify people of only certain age and from a certain premier institution, you create an uneven playing field that can never be breached. Here is how. The young and shining fresh pass outs from A list schools might have an altogether different and diverse range of experience, courtesy their pedigree which can never be achieved by someone who started the race late and from a much impoverished background. Should this impede the career prospects of the latter? When will the latter be qualified enough to fit the definition of diversity ? Never ? Doesn’t this limitation perpetuate an intergenerational gap between the two.

The diversity in the corporate world is a much abused concept. It’s a window dressing behind which privilege breeds privilege. It’s a high moral concept which is used to cover the more important and real dynamics at play, those that qualify as references, recommendations, patronage, inheritance, source, contacts and so on.

It’s nobody’s case that it’s up to the organisations to choose what they want, but wouldn’t it be a great idea to shed this charade of social responsibility aside.

There are people who cannot bear even a semblance of equality, yet present themselves as more liberal in outlook. They look at people, a particular other, who doesn’t belong to their group as an irritant. These people believe that they are somewhat superior basis their religion, race, caste, region, status and education. They identity people with these shared characteristics as one of their own. They gel with them, deepen their engagement, support them in their times of need and so on.

So far as such networking leads to positive actions and mindset it’s appreciable. But what is playing at the back of it is something different. Behind this maze of social networking is an effort to promote exclusivity. When social networking sites like Facebook arrived they provided a digital exclusive space to the digital affluent. People were thrilled to catch-up with their kind online in an exclusive set up. For many years the poor internet penetration and prohibitory cost ensured that the thrill was not watered down by unwanted irritants. People with privileges accessed internet and revelled in the joy of social networking with their digital siblings without having to worry about any imaginary disturbance that a low class neighbour, class mate, colleague or acquaintance might cause.

Thanks to the digital revolution, a few years down the line technology became much cheaper and came in accessible range of that low class. With high-speed internet available at the touch of finger tip, the low class could now explore the possibilities of leveling up. The reach of smart phone was followed by the reach of social networking sites in every household. With such a mass spread the digital exclusive space was shattered. Very soon everyone you knew had registered their account if not their presence on Facebook. People who considered them irritant had now better reasons to feel so. Atleast the disturbance now were no more imaginary. Suddenly every body had found their voice. Chaos was the natural outcome. But nevertheless, the chaos was necessary. That classmate or colleague who perhaps was never considered one amongst equal suddenly found an equal pedestal from where he could challenge the established norm.

For people who found some sort of a hidden joy in being a member of an exclusive group they got a jolt from their dreams. All around them on their news feed unpopular and irritating stories started doing rounds. The low class apeared to have arrived and in a completely new avatar. They had their own lexicon for communicating on social media, their own definition of fun, their own definition of excitement and their own definition of success which they announced to the world unapologetically. This was perhaps too much to bear for the votaries of inequality and hence the migration started. Often you would hear certain people saying that I have left Facebook, Facebook has become boring, I am active on Instagram, Instagram is cool and so on. Ever wondered why is this so ?

The majority of the people are obsessed with this relative and perceived sense of superiority. While one constantly strives for breaking the glass ceiling and gaining acceptability in the higher order of social hierarchy, he is equally resistant to someone breaking through to their level from the level below. This sums up our hypocrisy when it comes to dealing with diversity, social media and corporate world being just two examples.

The author is JMI alumnus and research scholar at Magadh University.

Social Media : A saviour or a predator?