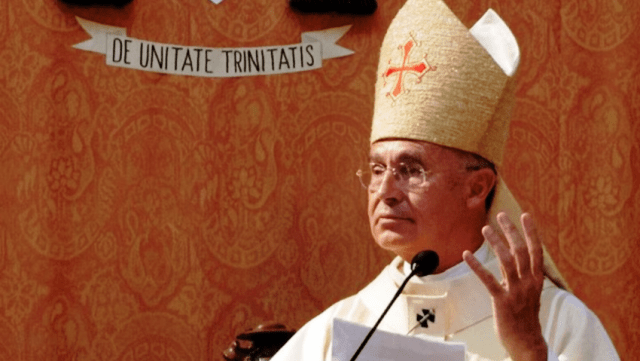 A French archbishop has condemned Prophet Muhammad’s insulting cartoons published by French weekly magazine Charlie Hebdo. He said that there are limits to freedom of expression and that no one has the right to insult any religion.

“These are considered an insult to Muslims and Christians alike and they should not be spread further. We all see their results,” Archbishop of Toulouse Robert Le Gall said in comments to France Bleu radio station, according to an Arabi21 report.

“There are limits to freedom of expression and we should realise that we do not have the right to insult religions,” he added.

Anger spread in the Islamic world after France president Emmanuel Macron defended Charlie Hebdo cartoons and he went on to say that Islam is a religion that is in crisis all over the world today.

Several Christians have also joined those condemning the cartoons.

Jalal Chahda, a senior anchor with the Qatar-based Al-Jazeera news channel, said in a tweet: “I am Jalal Chahda, an Arab Levantine Christian, and I strongly reject and denounce the insult to the Prophet of Islam, the Messenger #Mohammad. Blessings and peace.”

Chahda also attached a photo, saying: “Muhammad, may God bless him and grant him peace.”

It was followed by comments from his Muslim colleagues praising the tweet.

Ghada Owais, another Al-Jazeera presenter who is also Christian, re-tweeted Chahda’s tweet, saying: “I refuse to hurt the feelings of Muslims or to generalize terrorism and link it to Islam.”

Michael Ayoub said on Twitter: “I really despise the person [who] insults the religion of another or mocks him or his messengers.