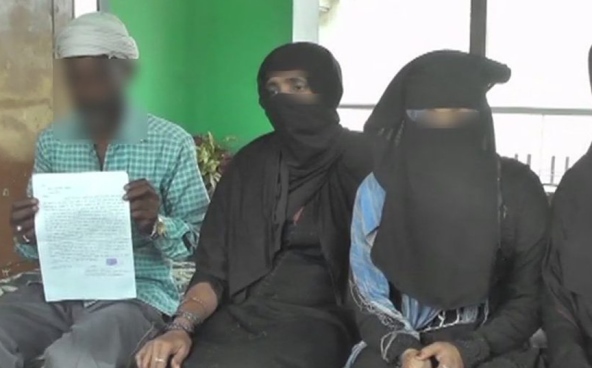 Meerut : A Muslim man from Uttar Pradesh has written a letter to Prime Minister Narendra Modi and state Chief Minister Yogi Adityanath seeking security for his four daughters, who have allegedly been harassed by some miscreants.

The father of four daughters has alleged in the letter to Prime Minister Modi and Adityanath that her daughters have repeatedly been harassed by four men. Speaking to news agency ANI, two of his daughters said that they had even stopped going to madrasas because of the eve-teasers.

They said, “We stopped going to madrasas due to it. They barged into our house, threatened us of acid attack. Even living at home has become difficult.”

Confirming the same, police official Rajesh Kumar said that they had received a complaint about the incident and had launched an investigation into the case.

The police official said, “We have received a complaint from a man who alleged that his four daughters are being harassed by a few men in the neighborhood. It is difficult for them to even get out of the house. Investigation is underway.”