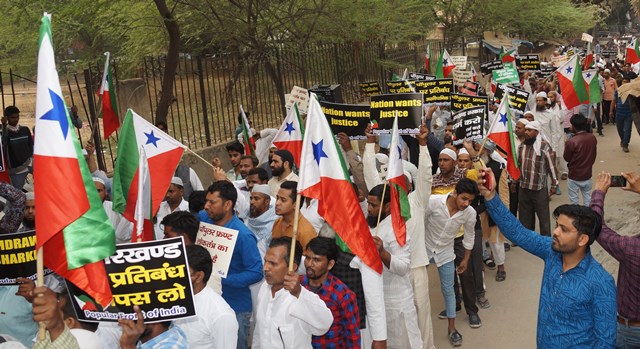 New Delhi, February 24: Continuing resistance against the ban imposed by Jharkhand government, Popular Front of India (PFI) activists staged protest demonstrations in many parts of the country.Protestors were demanding withdrawal of ban by the Jharkhand government and an immediate end to the police harassment in the state.