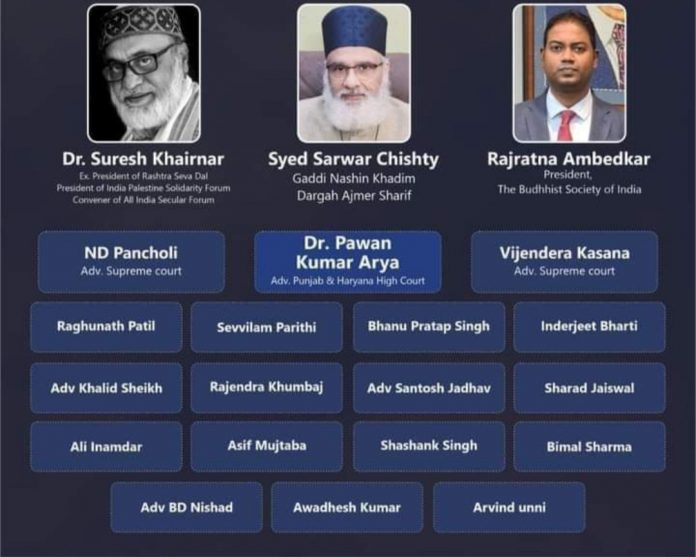 While calling the actions on Popular Front of India (PFI) and ‘undeclared emergency’ several leaders and activists have called for the release of the organization’s leaders.

Suresh Khairnar, Ex President of the Rashtra Seva Dal and Convener of the All India Secular Forum, Rajratana Ambedkar, President of the Buddhist Society of India, Sarwar Chishti, Gaddi Nashin Khadim of Dargah Arjmer Sharif are among some notable personalities who’ve extended support to the organization.

The organization also drew support from Adv. Maithreyi Krishnan who called the raids a “misuse of state power to target people”.

“We have to see this as a assault on democracy itself. If you look at the FIR that has been registered there’s no crime that has been stated, its based on assumptions, it has absolutely no crime mentioned there,” she said.

“This is something which we have to all stand up against,” Krishnan said while talking to media.

Krishan said that the same pattern was being followed when SIMI was being banned.

“You must remember that when SIMI was banned so many people were arrested, so many people spent years in jail then they were are acquitted. That’s another thing we’re seeing now. It’s absolutely something we cannot accept,” she added.

President Dalit Minority Sene, A.J. Khan, echoed the same sentiment and said, “Whenever someone tries to be vocal about the issues in the country, they’re being oppressed”.

“Whether it’s PFI, DSS or any other party which works for the people and they are supported by the masses, the government is irked and frustrated. The ban on PFI is nothing but frustration,” Khan added.

Nearly 100 leaders of Popular Front of India were detained or arrested on September 22 after raids by multi-agencies led by the National Investigation Agency in around 10 states for allegedly supporting terror activities in the country.