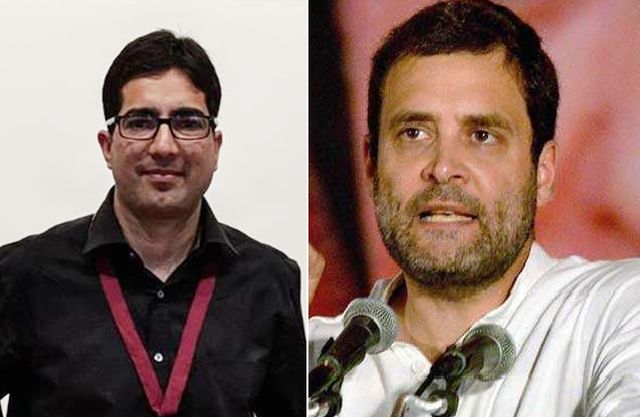 Gandhi said in a letter to Faesal: “I write to you in solidarity against the Jammu and Kashmir government’s decision to initiate an inquiry for expressing your opinion on the rising incidents of rape in India.

“You deserve to be appreciated for identifying and courageously highlighting the issues that plague India. We stand by you in letter and spirit.”

The Jammu and Kashmir government has initiated disciplinary action against the officer for expressing his views on the growing rape incidents in the country on social media platform.

The officer is presently doing a mid-career course in Harvard University.