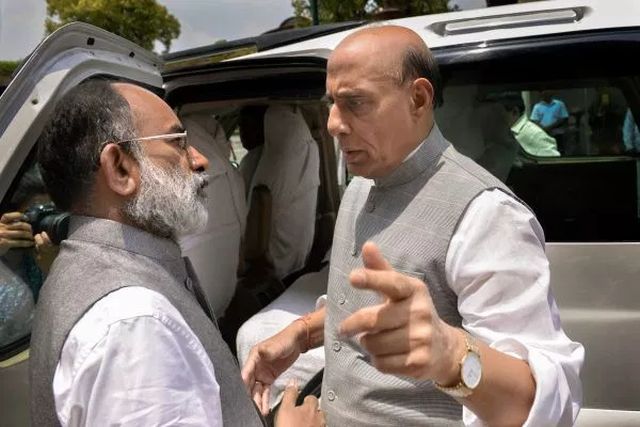 New Delhi : Union Home Minister Rajnath Singh on Friday suggested to the states that a “strict law, if needed” should be framed by them to stop mob lynching incidents and assured them of providing all support to fight with the menace happening in the country.

Condemning these rumour mongering incidents for the second consecutive day, the minister, in his speech during the debate on the no-confidence vote in Lok Sabha, said such incidents should not happen.

“I had spoken over the issue yesterday (Thursday) too. I had asked to take stern action against mob lyncing incidents. I had also assured that the Central government would provide all support to stop such incidents. And, I want to tell the state governments too that strict law, if needed, should be made to stop these incidents,” he said.

Noting that several people from the Sikh community even now come to meet him and he knew about their situation very well, the minister assured the Sikh community that an SIT (Special Investigating Team) was working on the issue and he would “surely provide justice” to them.

Rajnath Singh for the first time on Thursday had admitted in the Lok Sabha that fake news on social media has resulted in many mob lynching incidents in the country and said the government has asked service providers to put a check on rumour mongering on social media. Not satisfied with his response, the opposition walked out.

He had also said that the Home Ministry had issued two advisories to the state governments, one in 2016 and the other a few days back, urging them to take action in such incidents.