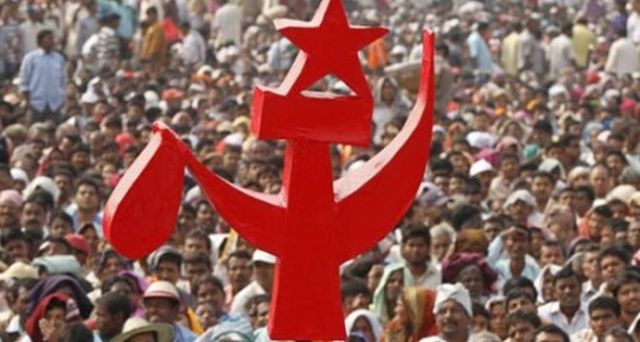 Kolkata : Condemning the armed rallies organised on occasion of Ram Navami in Bengal, the CPI-M on Monday accused state and the Central governments of indulging in “competitive communalism” to divert people’s attention from major issues of life and livelihood.

The state Communist Party of India-Marxist leadership also questioned the Bengal government’s role in curbing such violence in the name of religion and accused the state ruling’s Trinamool Congress of deliberately creating space for RSS and other Sangh affiliates to hold armed processions in the state.

“There is a planned attempt to break down the secular fabric in the state. This is intentional and politically motivated. The state government, Central government and the forces behind them are intentionally fueling this politics of division, in order to divert people’s attention from their failure in addressing the more pertinent issues of life and livelihood,” CPI-M state secretary Surja Kanta Misra told reporters here.

“Another new phenomena this year has been the competitive communalism by the state ruling party and those in power at the centre.

Taking a swipe at Chief Minister Mamata Banerjee for relaxing the blanket ban on armed rallies in the state, Misra claimed the relaxation encouraged Hindutva outfits to hold so many armed rallies on Ram Navami on Sunday.

Noting that the Left parties raised questions on the state administration’s role after so many people rallied with arms during Ram Navami last year, the CPI-M leader questioned how the rallyists were allowed gather so many weapons and claimed it is certain that preparations of such magnitude cannot be made in short while, bypassing the local administration.

Warning about more such rallies to be held in the state in the next few days, Misra demanded arrest of political leaders involved in such preparations and sought an all-party meeting on the issue.

“We demand these issues to be immediately addressed. The people who were leading these rallies, are leaders of certain political parties. Both the leaders of state’s ruling party and the party ruling at the centre have been involved in promoting such actions. These people should be immediately arrested. But there is no such actions yet.

“If needed, the state government should call an all party meeting to neutralise the tensions and stop rumours from spreading. There is news that similar rallies would be held at some places today (Monday) and tomorrow (Tuesday) as well. Those need to be curbed,” he added.