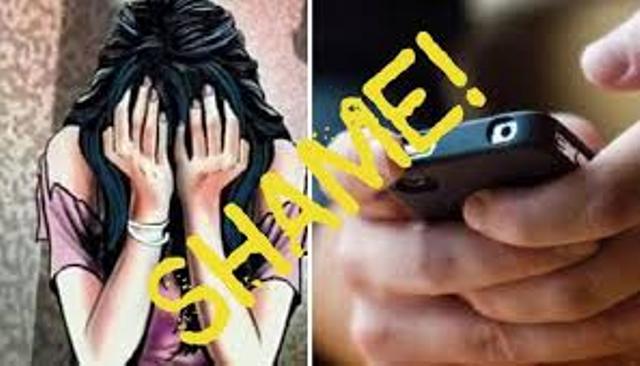 According to media reports, video recordings of rape victims in the process of getting raped ranging from 30 seconds to 5 minutes duration sell at a cost of 50 to 150 rupees in cities of Uttar Pradesh.

The fact that the sexual misery of a helpless woman (many a times a child) should serve to entertain and excite rather than disgust and sicken the viewer to the core,  manifests the dismal levels of moral depravation our society has reached.

For all the talks of women liberation, empowerment and a dozen well intentioned acts and laws passed to tackle rape offence we have remained a criminally patriarchal society where a woman’s honour is firmly placed in a part of her body, any violation of which not only strips her of her honour but also makes her an object of curiosity, scrutiny and entertainment.

Eminent social worker Roop Rekha Verma, once narrated how she and a rape victim she was accompanying in her quest for justice were scrutinized by people who  were curious to know as to which of the two women was the victim. Obviously the curiosity had much to do with finding out what a raped woman looks like and what kind of a woman gets herself raped.

That a thing as repugnant as rape recording should find sellers and buyers, validates the fact that our basic humanity has been mass high jacked by economic motives.

Shroud the motive in an elaborate garb of fancy words like ‘justice’, ‘empowerment’ and ‘information’ and an entire section of TRP hungry media finds justification to camp outside the house of  Bulandshahr rape victims’ fully aware of escalating the victims’ misery but not flinching one bit in their endeavour to garner maximum TRPs.

This same media has never been guilty of hounding a rape suspect or even a rape convict.

The difference between this class of media; those who commit and sell rape and those who enjoy viewing it is merely of degree and not of kind. The underlying ideology to which all of them subscribe is of viewing women as objects.

Ajmal Kasab, the terrorist who was hanged for killing scores of men and women had apparently told his interrogators that he was trained to look at his targets as objects and not as people.

A rape victim’s video in public domain and being viewed regularly amounts to her being raped and killed perpetually. Though Kasab met the fate he deserved, there are unfortunately neither enough laws and nor enough fervour to punish those who objectify women, rape and kill them repeatedly, perpetually.

There are enough cases of victims killing themselves after their videos went viral. A few months back a mother of three took the extreme step after her video was circulated on WhatsApp by her rapist.

The trend of video circulation also reveals the chilling fact that reported rapes are only a fraction of the number of rapes that actually take place.

Almost four years ago when Nirbhaya was brutally gang raped and murdered and Delhi had taken to streets expressing outrage and demanding capital punishment for rape convicts, we had taken the liberty of congratulating our collective conscious on its dramatic evolution.

Of course we were gravely mistaken.

A society whose youth experience pleasure rather than outrage upon witnessing rape is essentially heading towards a sadistic, pathological pit.