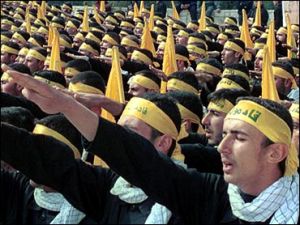 Beirut, May 5 : The Lebanese Hezbollah’s political council has said the group stands ready to engage in the fight to prevent Syria’s collapse as well as being controlled by Israel and the US, a media report said.

Ibrahim Amin al-Sayyed, head of the council, said the reason behind being involved in the Syrian crisis was that “we do not accept Syria being under control of this (Israeli-US) axis”, Xinhua reported.

He said he wishes Israel and the US let the Syrians alone to decide their fate and future.

The Lebanese government has officially followed the policy to distance the country from the Syrian conflict.

Xinhua said that since March 2011, the Syrian conflict has fuelled tensions between Lebanon’s Sunnis and Shia communities.

Hezbollah’s secretary general Sayyed Hassan Nasrallah said his group was “performing a national duty” toward Lebanese Shias living in Syrian border towns, by supporting their “popular committees” and vowed that the real “friends” of Syria would not allow it to fall down.—IANS.