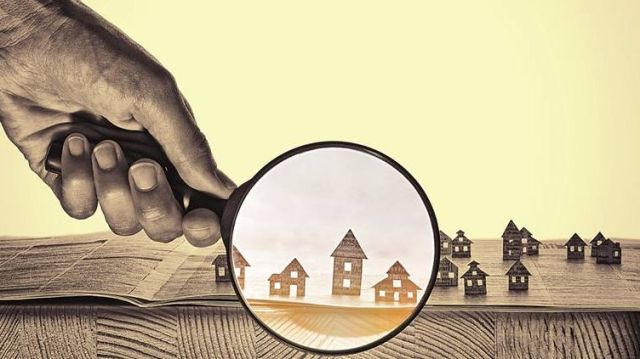 Landmark reforms like RERA and GST, as also demonetisation, have brought about much-needed transparency in transactions, helping the real estate sector to free itself of fraud, malpractices and other problems faced by consumers and investors. Yet, the sector needs more reforms to break free of the various ills that still plague it in order to realise its full potential as a major contributor to the country’s GDP.

The reform-oriented Narendra Modi government, which is fine-tuning and reinforcing the reforms undertaken by it to increase their on-ground efficacy, has its task cut out to free real estate from high transaction costs, especially to achieve the success of its flagship mission of “Housing for All”.

Though the interest subsidy scheme (CLSS) under the Pradhan Mantri Awas Yojana (PMAY) has proved to be a big boost for first-time home buyers in the EWS, LIG and MIG category, yet high transaction costs are a deterrent to home ownership. Currently, GST, stamp duty and registration costs act as a dampener. There is an average stamp duty of six percent and it is not uniform and is much higher in some states. Further, in many cities, there is the anomaly of collector rates of property being higher than the market rates.

As such, home buyers end up paying more stamp duty and registration fee. Home buyers need to be given freedom from high transaction costs to boost sales and revive residential real estate, facing a slowdown for long. And this can be achieved by either rationalising stamp duty or simply subsuming stamp duty in GST. Similarly, while GST has imporved ease of doing business by doing away with multiple taxation, there is still a need to lower its 12 per cent rate, which is almost double the VAT and Service tax prevalent in pre-GST era, especially when Input Tax Credit provided by the government is not having the desired effect. Further, the high GST on cement should be brought down as in the case of paints, to bring down the cost of homes.

Home buyers also need freedom from the double burden of rent and EMI, particularly as hundreds of thousands of housing projects across the country are facing long delays. Earlier, the home buyers would get possession of their homes in 3-4 years but now, in many cases, it has almost doubled, causing great hardships to home buyers in terms of dual burden of rent and EMI. Some developers are helping home buyers tide over this problem by offering schemes to pay EMI only after possession. But ready homes is a sound solution to this problem as they do not have any development risk and, moreover, home buyers save on 12 per cent GST.

That’s why ready-to-occupy homes are being lapped up by home buyers. Here, the concept of “Build and Sell” can provide a long-term solution. Under RERA, a developer can’t start his project without land and all mandatory permissions in place. Also, there is not only a ban on funding projects through customer advances by way of pre-launching of projects but there is also a strict check on (mis)utilising funds collected from customers through the implementation of the escrow account mechanism.

As such, it makes sense for developers to adopt the “Build and Sell” model which is common in advanced countries. Leading developer DLF has already announced it would adopt this model. And, if the government organises cheap bank funding for at least developers of affordable housing, many of them will take to “Build and Sell”, to the advantage of property consumers.

Red-tapism is also proving to be a big bane of the real estate sector as the unduly long time taken by authorities in giving construction permits and other multiple sanctions adds the developers’ debt, in turn increasing home costs. And, since the sanctioning authorities do not come under the purview of RERA, there is no check on project delays due to the unduly long time taken in according project sanctions and giving completion certificates.

The ideal solution to this problem is a single window mechanism for project sanctions/clearances. Since this is not happening, the government should fast-track the process of online permissions/sanctions and make this time-bound.

Last but not the least, there should be freedom from defective and fraudulent land/property titles to make property transactions easier and safer. Thus, there is an urgent need to set up a Land Titling Authority in states to prepare and maintain a digitised registry of all immovable properties. This, together with introduction of Title Insurance for providing protection against any financial loss due to title deficiencies, will considerably help in enforcing contracts and prevent property deals from falling through, thereby effectively checking high litigation due to property ownership disputes.

The transparency brought in by this will further boost the confidence of foreign investors, thereby helping in putting foreign investment in Indian real estate on the fast track.

(Vinod Behl is editor, Realty Plus, a leading real estate monthly. The views expressed are personal. He can be reached at vbehl2008@gmail.com)