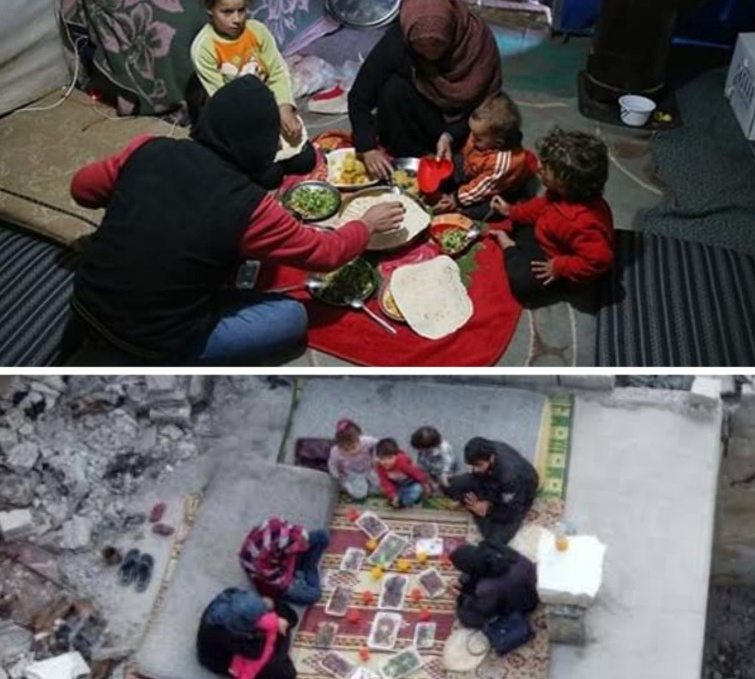 The first iftar or fast-breaking meal of the Muslim holy month of Ramadan was held in camps in Syria’s northwestern Idlib province where civilians displaced by the Bashar al-Assad regime’s attacks took refuge.

Internally displaced civilians in Syria, which has been ravaged by a civil war since 2011, entered Ramadan in the grip of poverty.

Gade Mustafa, a mother of six who fled regime attacks and settled in Idlib’s Maarat Misrin camp, broke her first fast away from her home and family.

“We are far from our family and relatives. I don’t know anyone from my village in this camp. I’m alone,” Mustafa said.

“We miss the Ramadan meetings in our village. Nobody asks about us. Everything used to be cheap. Now everything is expensive. We cannot feed our children with fruit. I hope everyone will return to their homes. May God help the displaced,” she added.

Syria has been embroiled in a vicious civil war since early 2011, when the Assad regime cracked down on pro-democracy protests with unexpected ferocity.

Hundreds of thousands of people have been killed and more than 10 million displaced, according to UN estimates-AA