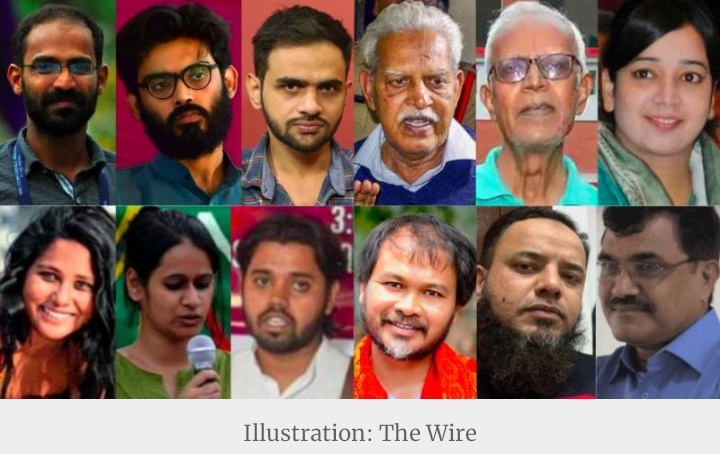 New Delhi: In the wake of raging Covid-19 pandemic, prominent rights group National Confederation of Human Rights Organisations (NCHRO) on Friday demanded that the government should release all the political prisoners immediately. The group expressed concern over the report that Kerala journalist Siddique Kappan collapsed in the Mathura jail where he is being held.

In a statement, NCHRO, General Secretary Prof.P.Koya said the government should consider the release of political prisoners who were allegedly implicated in false cases.

Prof Koya said journalist Siddique Kappan was collapsed on April 21, 2021 in the Mathura jail where he has been held.  Referring to media reports, he said Kappan  was tested positive for COVID19.  The jail authorities admitted him  to the K.M. Medical College, which is a privately run hospital in Mathura. He is under state custody there.

It said to underline that Kappan has been in jail since October last year. He was going to Hathras to cover the gangrape of a Dalit girl there. Before he could reach there, he was stopped by the police and arrested. Three other student activists who were accompanying Kappan were also arrested.

Kappan has been booked under the draconian Unlawful (Activities) Prevention Act.

Prof Koya said Kappan’s incarceration is completely unfair and was done on baseless charges. Now with the covid pandemic on the surge again, keeping political prisoners like Kappan and many others who remain jailed for no crime other than raising their voices against injustices, releasing them is all the more urgent, he asked.

Besides Kappan, student activists  Umar Khalid, Asif Iqbal Tanha, Meeran Haider, Sharjeel Imam, Khalid Saifi, Ather Khan and others are languishing in jails who have been  in the forefront of  anti-CAA movement.

Many political prisoners, including the ones who have been jailed in the infamous Bhima Koregaon case, have been languishing in jail while the trial is getting delayed. No crime has been proven and they are kept in jail for political reasons.

Prof Koya said NCHRO demands the immediate release of all political prisoners in light of the coronavirus pandemic. Kappan’s catching covid is a testament to the condition in which people are kept in jails, and having them locked up is putting their lives at risk. In the same prison in which Kappan is held, around 50 other inmates have also tested positive for coronavirus.

NCHRO condemns the highly callous way in which the pandemic is being dealt with by the government. All the political prisoners hence must be released immediately, he added.