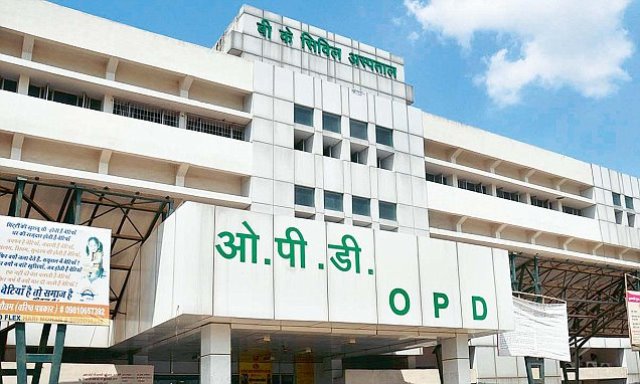 The decision has particularly shocked the people, who came from the North-West Frontier Province (NWFP), Pakistan after the 1947 partition. They hail freedom fighter Badshah Khan as their leader.

“Abdul Gaffar Khan [Badshah Khan] was the beloved leader of all the people, who came from the North-West Frontier Province (NWFP). Many of our elders were part of the organisation Khudai Khidmatgar (servants of God) formed by him in the pre-Independence era. After resettling in Faridabad, they collectively worked in the construction of the civil hospital and named it Badshah Khan Hospital in the honour of Abdul Gaffar Khan,” 79-year-old Mohan Singh Bhatia, the president of the Bhatia Sewak Samaj, an organisation of the people from NWFP was quoted by Hindustan Times as saying.

“If they want, they can make a new hospital in the memory of former PM Vajpayee but renaming assets in communal way is shameful,” he said as quoted by Tribune.

“It is shameful that they go ahead snatching the tribute given to a noted freedom fighter just because our CM ‘desires’ it. If they want, they can make a new hospital in the memory of former PM Vajpayee but renaming assets in communal way is shameful. Haryana, especially southern Haryana, which has Muslim dominated district like Nuh, is known for a secular social fabric, which they are tearing apart,” senior Congress leader Captain Ajay Singh Yadav was quoted by Th Tribune as saying.

Meo leader and Nuh MLA Aftab Ahmed have also condemned the act and demanded rollback of the decision.

A letter in this regard was issued by the Director, Health Services, to the Chief Medical Officer (CMO) asking him to do the needful as CM Manohar Lal Khattar had ‘desired’ the name change. Many opposition leaders and various communities have accused the government of trivialising the sacrifice of a freedom fighter to allegedly promote communal motives.

However, Dr Vinay Gupta, principal medical officer, in charge of the hospital told HT and the new name is being used from 15 December in all our communication and references, including the hospital’s name and on the patient’s card. He added that a new board with the new name would be installed in the next couple of days.