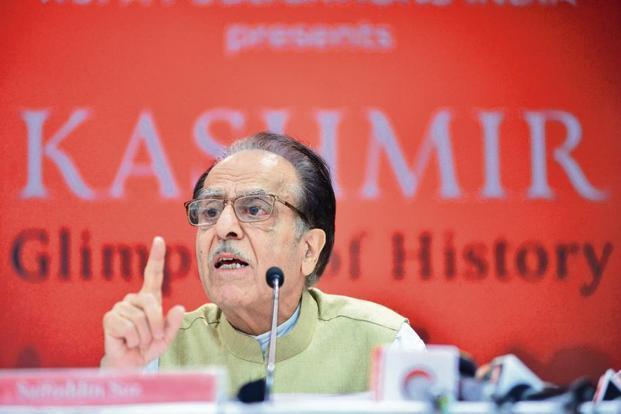 In a statement Soz said that if J&K’s constitutional relationship with the union has become sour, it was because of the central government.

“Central Govt did not learn from its mistakes. So, it has continued to repeat its mistakes. Now, it’s (Central Govt’s) intention to restore the ‘Statehood’ will not yield any advantage to it because that is a small issue before the people of Jammu and Kashmir,” he said.

He said the real issue is the J&K special status enshrined in the now-abrogated Article 370 of the Constitution of India, which the Union Government has to be restored.

“India has earned a great flak at the international level, where the people as well as their governments feel convinced that the people of Jammu and Kashmir State are deeply hurt and angry on the erosion of Internal Autonomy ratified by the people of the State and the then Central Govt, through the Delhi Agreement of 1952.”

Soz further said that any move by the central government short of restoring the provisions of Article 370 of the Constitution of India will be rejected by the people of the J&K, outrightly.

“The people of the State will prove it again to the Union that their anger will never subside till the provisions of Article 370 is restored,” Soz said. — IANS