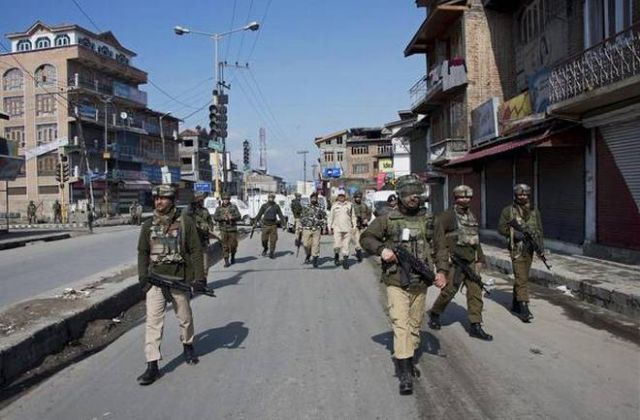 Srinagar : Authorities imposed restrictions in Srinagar and some other parts of the Kashmir Valley on Sunday to prevent separatist-called protests to mark the 34th death anniversary of Maqbool Bhat, founder of the Jammu and Kashmir Liberation Front (JKLF).

Besides Srinagar, restrictions were imposed in north Kashmir’s Kupwara district and Sopore town.

Contingents of police and paramilitary Central Reserve Police Force (CRPF) in full riot gear have been deployed in the restriction imposed areas.

Public transport remained off the roads in Srinagar and most of the places in the Valley.

Meanwhile, Saima Wani, 18, injured during gunfight in Shaigam village of Shopian district on January 24, succumbed in a Srinagar hospital.

Two militants and a civilian were killed in the gunfight and two girls including Saima were injured.