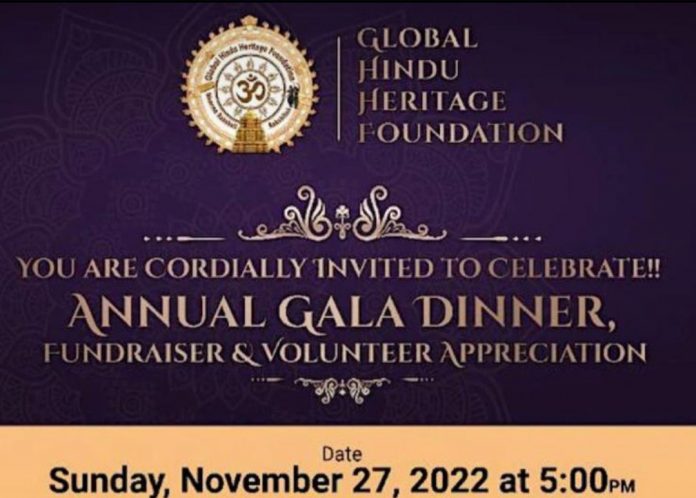 The Alliance to Save and Protect America from Religious Extremist Infiltration, ASPAIRE, has condemned the Global Hindu Heritage Foundation for raising funds  during their annual Gala on Sunday, November 27th, 2022, in Frisco, Texas.

“An organization operating out of the United states that boasts of converting over 260 Christians to Hindus in 2022, and wants the murderer of Gandhi to be hailed a hero in educational books in India, should be investigated by the FBI” said ASPAIRE president Dr Ubaid.

“ASPAIRE stands in solidarity with Indian Christians to exercise their religious freedom in India, while focusing on its main mission to keep such extremist elements away from the United States of America,” he said.

“We demand the 501c3 status of an
organization that clearly seems to be funneling its funds to India to support persecution of minorities should not only be revoked, but they should openly be investigated for misappropriation of these funds” the organisation further said.

The organisation said that it is also concerned about RSS followers infiltrating local and federal governments in the United States, and it is currently on a nationwide “Waking up America Tour.”

“…followers of Hindutva supremacism who consider Hitler as a role model and are supporters of the Hindu supremacist Rashtriya Swayamsevak Sangh which was implicated in the murder of Mahatma Gandhi in 1948; are coming to the US in huge numbers,” according to the organisation.

ASPAIRE had previously urged the US embassy and consulates in India to screen the 320,000 H1 job visa applicants and the 80,000 F1 student visa applicants, as well as the applicants for immigrant visas, for affiliation with religious supremacist organisations like the RSS, Bajrang Dal, Vishwa Hindu Parishad (VHP).

In an effort to have the US-based Hindutva organisations labelled as hate groups, ASPAIRE has also visited with officials of the Southern Poverty Law Center.

Hindutva brigade again active on CAA in US