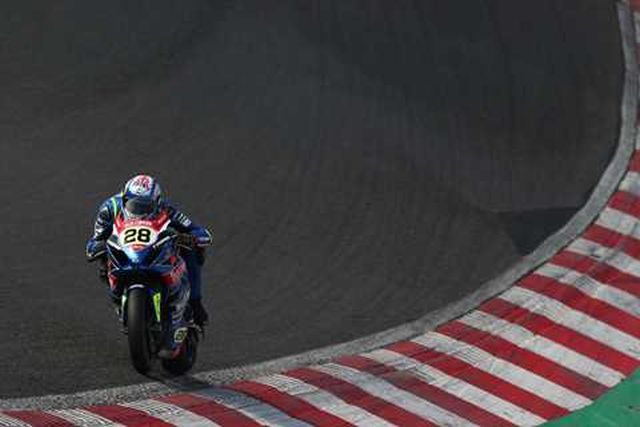 Aamby Valley (Maharashtra) : Mumbai riders proved to be the dominating force, but it was Hyderabad-based Mohammed Riyaz who stole the show in the sixth edition of The Valley Run 2018 here.

On a day when Mumbai grabbed six of the nine events in the two-wheeler category, it was Riyaz who finished with the fastest time, clocking 9.686 seconds on his Yamaha YZF-R1 motorcycle in the M9 Class (851cc to 1050cc).

Like Riyaz, the other class to go out of Mumbai’s clutches was the O2 (Open Class) Foreign (551cc and above, Unrestricted) which was claimed by Riyaz’s city mate Sundeep Singh Sokhi. Sundeep clocked 9.917s.

While this type of motorsport (drag racing) is all about a test of acceleration over a short distance, the key to being fastest revolves around syncing reaction time from a standing start to attaining top speed until the finish or vice versa.

A total of seven classes (M6 to M10, P, O2) made up the day in the two-wheeler section while six classes (M1 to M5 & O1) were run under the Promotors Classes only.

The event, promoted by Elite Octane Inc., received a whopping 475 entries from Delhi, Hyderabad, Bengaluru, Kolkata, Gujarat, Surat, Indore, Mumbai and Pune and was supported by Sportscraft, the Race Management Partner with sanction from the FMSCI, the governing body of motorsport in India.

The event overall had some of the country’s fastest motorcycles and top racers at this year’s Valley Run.