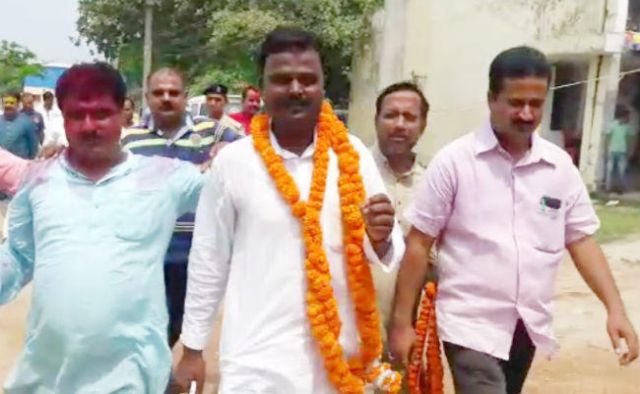 Patna : The opposition RJD has wrested the Jokihat Assembly seat from the ruling JD-U in Bihar. RJD candidate Shahnawaz Alam won the seat by over 41,000 votes, officials said on Thursday.

After trailing in the initial round of counting, the Rashtriya Janata Dal established a comfortable lead after 24 rounds.

Voting for the seat took place on Monday.

The JD-U was backed by the Bharatiya Janata Party (BJP), while the RJD had the support of the Congress and Hindustani Awam Morcha (Secular) of former Chief Minister of Jitan Ram Manjhi.

This is second time this year when RJD contested polls in the absence of RJD chief Lalu Prasad,who was jailed after convicted in fodder scam.At present Lalu is undergoing treatment at a private hospital in Mumbai following provisional bail.

The RJD under the leadership of young and energetic Tejashwi Yadav,former deputy chief minister and younger son of Lalu,proved again that it has an edge over the JD-U of chief minister Nitish Kumar.

Two months ago RJD has defeated JD-U in bypolls to Jahanbad assembly seat and bypolls to Araria Lok Sabha seat.