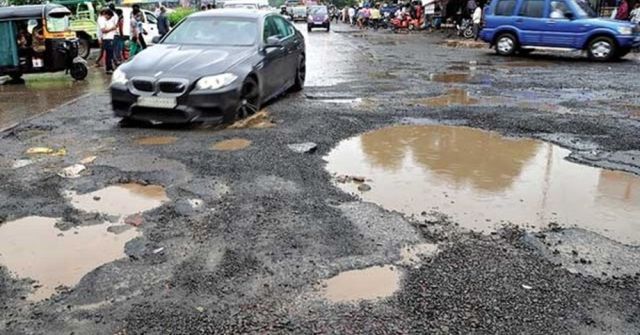 New Delhi : A coalition of road safety organisations on Friday called upon the Road Transport and Highways Minister Nitin Gadkari to take urgent steps to ensure the listing and passage of the Motor Vehicles Amendment Bill, 2017 in the ongoing winter session of Parliament.

The Road Safety Network, a national coalition of road safety NGOs, said in a statement that it has been in constant touch with officials of the Ministry as well as opposition Members of Parliament for the passage of the Bill but it seems the government has other priorities.

“What is most troubling is that more than half-way through the session, the Bill has not even been listed even once,” said Piyush Tewari of SaveLIFE Foundation.

“The opposition is concerned about some of the clauses in the Bill but are in full support of the provisions that will strengthen road safety,” said Ranjit Gadgil of Parisar.

“Sadly, there seems to be no effort on the part of the Ministry to iron out the differences and ensure passage of the Bill,” he said.

A statement issued by the coalition said it is a cause of concern that the World Health Organisation’s “The Global Status Report on Road safety 2018” pegs annual road crash fatalities in India at almost three lakh — highest in the world.

“This is a staggering number given that India has only 2 per cent of the global vehicle population,” said George Cherian of CUTS International, a member of the coalition.

The Motor Vehicles Amendment Bill is seen as a much-needed fix for the Motor Vehicles Act, 1988 whose “outdated provisions are failing to ensure strong enforcement and deterrence of egregious traffic violations”, the statement said.

The Bill has been passed in the Lok Sabha but is stalled in the Rajya Sabha.

The opposition has demanded that Gadkari clarify the stand of the government on many of the contentious clauses that relate to the privatisation of public transport and what are seen as dilution of state rights and a potential revenue loss for the state exchequer.

“It is quite inexplicable that the Minister has suddenly lost interest on this matter of national importance,” said Sumana of Citizen Consumer and Civic Action Group (CAG), a Chennai-based NGO working on road safety.

“Earlier it was a priority, especially after the death of senior BJP leader and Cabinet Minister, Gopinath Munde, but now road safety does not seem to be on his (Gadkari’s) mind. It is believed that without the support and push by the Minister, the bill will not pass in this session and thus lapse. If that happens, it will be a big blow to the cause of road safety,” stated the coalition.

“We call upon Mr Gadkari to deliver on his promise to the nation to make the country’s roads safer by ensuring passage of this bill in this session of Parliament,” it added.