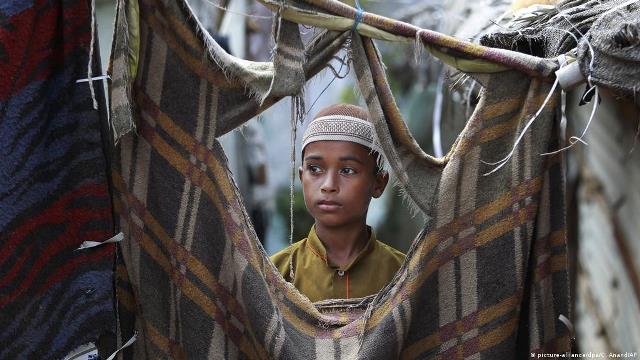 New Delhi: The government has alleged that Rohingya refugees in India are indulging in ”illegal” activities. It added state governments and union territory administrations have been instructed to capture Rohingyas’ biographic and biometric particulars, cancel fake Indian documents and take legal proceedings including initiation of deportation proceedings under provisions of law.

Union Minister of State for Home Nityanand Rai told Lok Sabha that said that all foreign nationals who enter into the country without valid travel documents are treated as illegal migrants.

Human rights activists believe that India’s right-wing government has been trying to malign the image of Rohingya refugees by making false claims. It is due to such propaganda that the refugees have been suffering and facing harassment at the hands of law enforcement agencies and Hindutva elements.

Recently a Rohingya camp in New Delhi’s Shram Vihar was burnt under mysterious circumstances. Many of them alleged the role of police and some other individuals in the incident.

Journalist Ravi Nair termed the government’s allegation as ”rumour mongering”. In a Facebook post, he said, ”Rumour mongering. Scare Mongering. Please release to the media the full details of the FIRs registered across India. Please also put them on the MHA website.”

In 2017, a NDTV report had exposed the government’s claim that Rohingya may become a security threat to India. It said there were little evidence on record to support the claim.

Genocide of Rohingya shows no sign of abating: Report