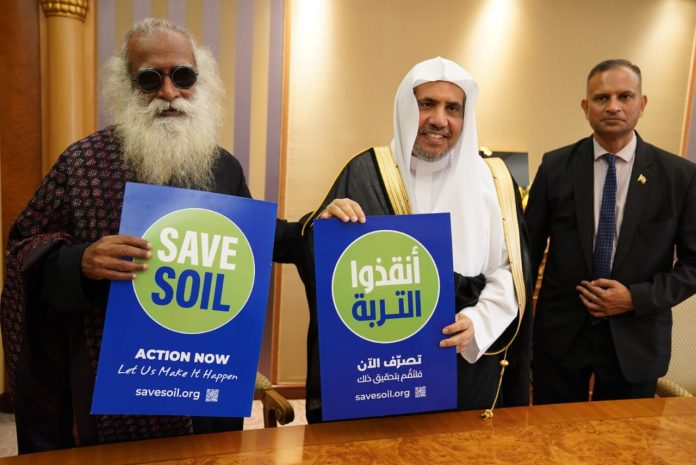 Indian spiritual leader Jagadish Vasudev commonly known as Sadhguru have visited some Arab countries including Saudi Arabia, Bahrain and UAE. He spoke about his ‘Save Soil’ movement at various events in the Arab world.

His visit was hailed by several social media users but it was also denounced by many others. Those who condemns his visit to the Arab world cited Sadhguru’s proximity with India’s extremist leaders including PM Narendra Modi whose fascist policies have allowed persecution of Muslims in India.

Norwegian American Muslim 𝐌𝐚𝐥𝐢𝐤𝐢 𝐂𝐥𝐢𝐪𝐮𝐞 reacted to his visit saying that it [inviting Sadhguru to Saudi Arabia] is like inviting Hitler to come and chill in Jerusalem.

Well would ya look at this. Just look at it!🤣

It’s like inviting Hitler to come and chill in Jerusalem

Sadguru is a fraud Hindu priest. He regularly appear on Indian news channels to spread hate against Muslims and Arabs. His videos are available on YouTube you can check it.

Another account named ‘مرعب الحدادية الجدد’ stated that Sadhguru ‘hates’ Islam and Muslims. It further decried silence of Muslim ulama over his visit to Arab nations.