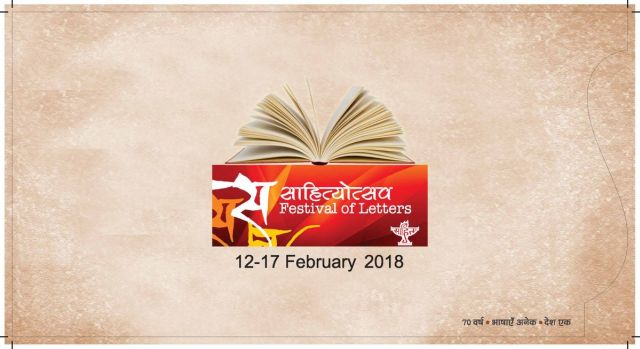 New Delhi : With the theme ’70 Years of Indian Independence’, the Sahitya Akademi will be celebrating, from February 12, its annual ‘Festival of Letters’ which contributes to enhancing prestige and attractiveness of the country’s language diversity.

The six-day-long festival will witness participation of more than 250 writers and scholars from different parts of the country representing various languages.

The festival will begin with the inauguration of the Akademi Exhibition by eminent Hindi writer Chitra Mudgal followed by the prestigious Sahitya Akademi Awards presentation ceremony.

“National seminar on ’70 Years of Indian Independence: Literary Portrayals’ and a seminar on Tribal and Oral Literature will feature eminent scholars and writers from all over the country. Apart from other regular features, we will have Indo-Israeli Writers’ Meet on the occasion of the 25th anniversary of the establishment of diplomatic relations between India and Israel,” said the Akademi’s Secretary K. Sreenivasarao.

He also said that the Akademi will be organising a symposium on the ‘Role of Publishers in Indian Literature’ and also on ‘Media and Literature’ this year as a part of the festival.

Along with the ‘Festival of Letters’, the Akademi will also simultaneously host a programme for young writers from 24 different languages and “Purvottari: North East and Northern Writers’ Meet” which will highlight the literary talents from the northern and north eastern languages.

Seminar on ‘Oral and Tribal Literature and Tribal Poets’ Meet will also be held along with ‘Spin A Tale’ – a special event that focuses on promoting children’s activities.