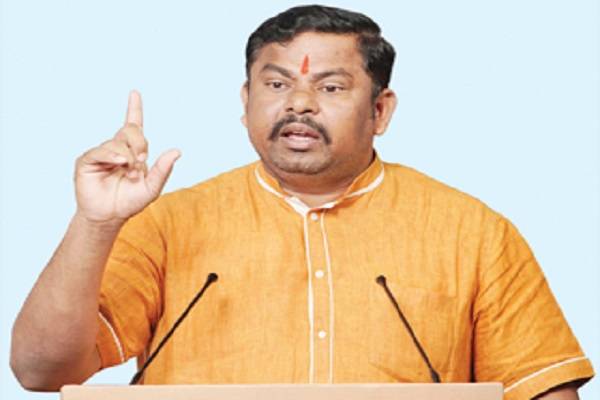 In a controversial statement, the BJP legislator in the Telangana assembly T Raja Singh has demanded the removal of tennis star Sania Mirza as the brand ambassador of Telangana because she is a “bahu of Pakistan.”

Sania Mirza  has been ranked number one in the Indian tennis ace for a decade from 2003 to 2013.

In a video message to Telangana chief minister K Chandrasekhar Rao Singh said that it was time India cut off all its links with Pakistan in every form. “We don’t need a Pakistani bahu as brand ambassador of Telangana.”

Singh’s demand came after the suicide attack in Pulwama in which a convoy of vehicles carrying security personnel on the Jammu Srinagar National Highway was attacked by a vehicle-borne suicide bomber at Lethpora, Jammu and Kashmir, India. The attack resulted in the deaths of 40 Central Reserve Police Forces.