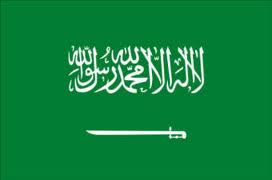 Riyadh,26 December 2014  : The passport department of Saudi Arabia has announced a new regulation that limits the family visitor visas to six months, an official spokesperson said.

The period would start once a visitor arrives in the country and registers on the passport department’s computerised system, Arab News reported citing Lt. Col. Ahmed bin Fahad Al-Luhaidan.

He said the department recently launched a family visa extension service where citizens or residents can extend the visa electronically.

Earlier this year, Interior Minister Prince Mohammed bin Naif allowed expatriate workers to renew the visit visas of their loved ones until the end of 2014. The decision was applauded by expatriates.

Family visit visas, the visas typically used by accompanying family members of foreign workers, do not grant the right to work or reside in Saudi Arabia.

Earlier this year, temporary restrictions were imposed July 1-Oct 24 on visit visas under which visitors were not allowed to renew their visas or extend their stay in this Gulf nation.—-IANS