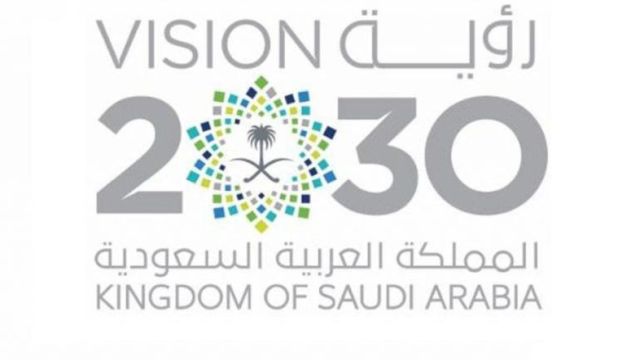 September 23 marked the 87th anniversary of the National Day of the Kingdom of Saudi Arabia. This auspicious occasion not just celebrates the historic unification of the Kingdom but also invokes within every Saudi citizen a sense of immense pride in its historical and cultural legacy.

Our journey on the path of progress has continued over the last nine decades, making great strides in every domain. Our country is amongst the 20 largest economies in the world and we aim to improve our ranking by 2030. Currently, Saudi Arabia ranks an impressive 38 on the United Nations Development Program’s (UNDP) Human Development Index (HDI). We are further strengthening our investments efficiently to make our health, education, transportation and social services infrastructures even more robust and foster more progress and growth. To enable this growth and to build a thriving country, Crown Prince Mohammad bin Salman bin Abdulaziz Al Saud chalked out Vision 2030 around three fundamental themes — a vibrant society, a thriving economy and an ambitious nation. We are in relentless pursuit of the vision to make our country a pioneering and successful global model of excellence on all fronts.

We are transforming our education system to equip students with multi-faceted knowledge and values that help their individual characters emerge and flourish. To demonstrate our commitment to education, our country sanctioned 200 billion riyals in 2016 for the development and expansion of education — the highest annual allocation after healthcare. By 2030, we aim to have at least five Saudi universities among the top 200 universities in international rankings.

We are diversifying and unleashing the capabilities of promising sectors to create the new pillars of the Saudi economy. Our National Renewable Energy Program is all set to increase the share of renewables in the power mix from almost 0 to 4 per cent by generating 9.5 GW by 2023. Our endeavor includes privatising some state-owned assets and government services; developing tourism by creating attractions of the highest international standards; investing in a digital economy; incentivising the exploration of the Kingdom’s mineral resources; and doubling our gas production.

The Custodian of the Two Holy Mosques King Salman Bin Abdulaziz Al Saud views the citizens of the Kingdom as its most important asset. Vision 2030 strives to create a prosperous society wherein people enjoy a good life in a beautiful environment. The Red Sea luxury resorts project will be a milestone in this direction. Spread across 50 natural islands along 200 km of western coastline of Saudi Arabia, the project will place the Kingdom on the international tourism map. Apart from historical and cultural excursions, both on land and in the sea, it will offer opportunities for diving, parachuting, rock climbing, etc. The project is estimated to host one million visitors per annum by 2035, adding SAR 15 billion (Rs 25,905 crore) per annum to the Kingdom’s GDP. The newly mapped area will be run at par with international standards, including ecological best practices.

As the cradle of Islam, the Kingdom takes great pride in serving the Two Holy Mosques. This year more than two million pilgrims performed Haj. The number of Umrah visitors tripled to eight million over the last decade. We are working with the strategic objective of providing the opportunity for the largest number of Muslims possible to perform Haj and Umrah. The Custodian of the Two Holy Mosques King Salman bin Abdulaziz Al Saud launched in 2015 the third phase of expansion of the Grand Mosque which will cover 1.47 million square meters, including 78 new gates, six new floors for praying, 680 new escalators, 24 elevators for people with special needs.

Several transit projects have been sanctioned to elevate the existing facilities. The airports are being modernised and their capacities are being augmented. The Makkah Metro project, has been conceived to complement the rail services to transport visitors safely to the Holy Sites. Saudi Railways Commission recently completed the maiden test run of the Haramain high-speed rail line from Jeddah to Madinah. The 450-km network connecting the two holy cities is slated to attain speeds of up to 360 kmph, reducing the travel time between the two to less than two hours.

Political and economic stability in the Middle East and around the world is one of Saudi Arabia’s greatest priorities. My country has been recognised for its efforts over the years to maintain peace and stability in the region. From the King Fahd bin Abdulaziz Al Saud plan of 1981 and King Abdullah bin Abdulaziz Al Saud initiative of 2002, the Taif agreement of 1989 that ended the Lebanese civil war, to the 2007 Makkah agreement of reconciliation between the factions of Fatah and Hamas — we have primarily worked on mediation and conciliation to resolve issues and work towards the peace, stability, non-interference and prosperity of the region.

The Kingdom of Saudi Arabia has demonstrated its abiding belief in spreading goodwill and compassion beyond its borders by being at the forefront of the international community in terms of share of gross domestic product (GDP) earmarked for humanitarian aid. The King Salman Centre for Humanitarian Aid and Relief (KSRelief), since it was established in 2015, has provided humanitarian and development aid to more than 37 countries in four continents, implementing 218 projects in areas of food security, housing and shelter, preventative health care and education. Just recently and through the Center, the Kingdom donated $33.7 million to the World Health Organisation (WHO) to combat cholera in Yemen, followed by a donation of $33 million to United Nations Children’s Fund (UNICEF) at the end of July 2017.

It has been a great honour for me to serve as the Ambassador of Saudi Arabia to the Republic of India. India is a strategic partner in our journey of progress. We share deep-rooted bilateral ties that have been nourished through growing economic partnership, multi-faceted cooperation and vibrant people to people connection. The historical ties of friendship between the two countries will continue to grow and thrive through partnership and cooperation.

(The author is Saudi Ambassador to India)