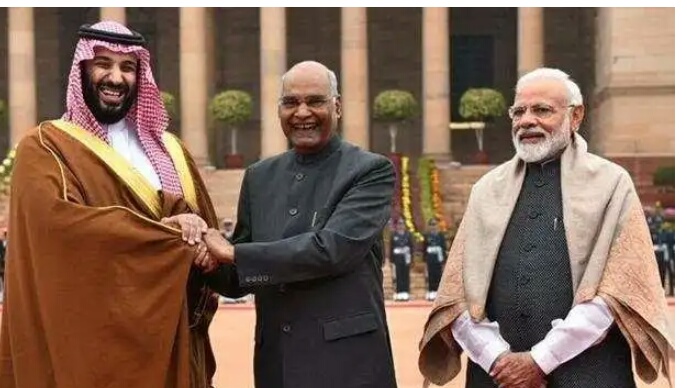 The Crown Prince arrived here on Monday evening following his visit to Pakistan. From Islamabad, he flew to Riyadh before departing for New Delhi.

After the ceremonial welcome where Prime Minister Narendra Modi was also present, the Saudi royal told the media: “Today we want to be sure that this relation is maintained and improved for the sake of both countries.

“With the leadership of the President and the Prime Minister, I am sure we can create good things for Saudi Arabia and India.”

He also said that the ties between India and the Arabian Peninsula “is in our DNA”.

The Crown Prince is slated to hold a bilateral meeting with Modi later in the day.