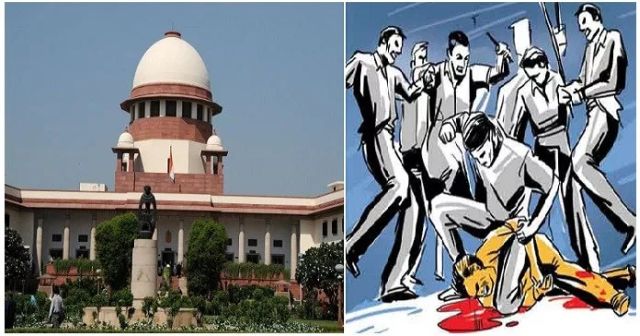 New Delhi : The Supreme Court on Friday asked the Centre and States to give wide publicity on radio, television and other media platforms to its direction that lynching and mob violence of any kind will invite serious consequence under the law.

The top court by its July 17 judgment had directed the Central and the state governments to “broadcast on radio and television and other media platforms including the official websites of the Home Department and Police of the states that lynching and mob violence of any kind shall invite serious consequence under the law.”

The bench of Chief Justice Dipak Misra, Justice A.M. Khanwilkar and Justice D.Y. Chandrachud directed the Centre and the state governments to carry out its July 17 direction as Attorney General K.K. Venugopal informed the court that a Group of Ministers (GoM) is considering the nature of legislation to be brought to deal with the crime of lynching by the vigilante groups.

The top court by its July 17 judgment had recommended to Parliament to create a separate offence for lynching and provide adequate punishment for the same as a special law would instil a sense of fear for law among the people involved in vigilantism and lynching.

Directing all the state governments and Union Territories to comply with its July 17 direction that provides for preventive, remedial and punitive steps to deal with the lynching crime, the court said that the home secretaries of the states and the UTs that would fail to file report on the compliance of its direction would be directed to appear before the court in person.

The court order came as senior counsel Indira Jaising told the court that only nine States and two Union territories have filed the compliance report.

Besides this, the court sought report from Rajasthan on the steps taken backed with documents against the police officials for delay in taking Rakbar Khan, a victim of lynching to hospital resulting in his death.

Rakbar Khan, 28, was beaten to death by suspected cow vigilantes in Lalwandi village of Ramgarh district in Rajasthan on July 24.