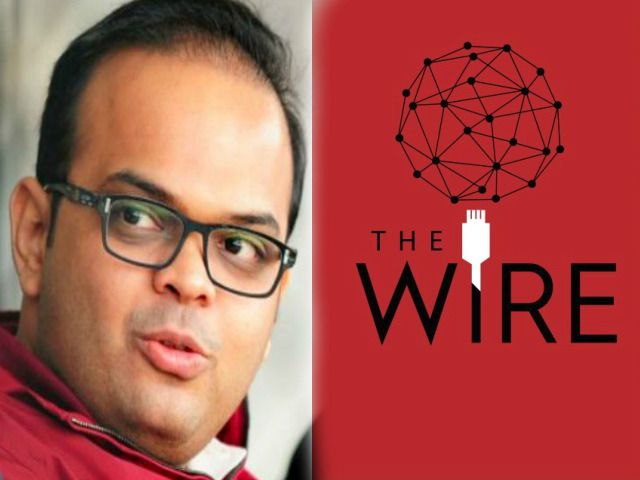 New Delhi : The Supreme Court on Wednesday asked Jay Shah, son of BJP President Amit Shah, and news portal “The Wire” to settle a defamation case filed by the former against the portal for carrying a story on the exponential increase in the turnover of his company after the BJP-led government came to power at the Centre in 2014.

“Can it be solved,” Justice Chandrachud asked senior counsel Nitya Ramakrishnan for The Wire and Neeraj Kishan Kaul for Jay Shah, with Chief Justice Misra suggesting “why not senior counsels meet and try to resolve (the issue)”.

“What kind of settlement we can have? We don’t want to have any settlement. We stand by our story. It was done in public interest,” said Ramakrishnan, with Kaul saying, “if the court says go for settlement, we are prepared for it”.

The Wire, its founding editor and journalist have moved the top court against the Gujarat High Court’s January 8 order, refusing to quash the summons issued against them by a trial court.

Journalist Rohini Singh’s article on the company of Jay Shah was carried by the news portal. The article claimed that Jay’s company’s turnover grew exponentially after the Bharatiya Janata Party (BJP)-led government came to power at the Centre in 2014.

The top court had asked the Gujarat trial court not to proceed with the criminal defamation complaint till April 12 filed by Jay Shah last year against the news portal and its journalists. The interim order was extended on Wednesday.

The High Court had on January 8 rejected the website’s plea for quashing the criminal defamation case filed by Jay Shah and said that based on initial impression, there was a case against the reporter and the editors.

“The article ‘The Golden Touch of Jay Amit Shah’ is per say defamatory and the trial court should proceed with the case,” the high court had ordered.

In October 2017, Jay Shah had filed a criminal defamation case in the trial court in Gujarat after the article appeared.