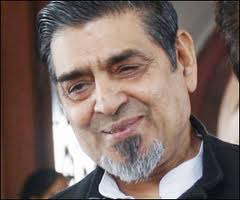 New Delhi, July 12 : Declining to entertain a plea of Congress leader Jagdish Tytler in the 1984 anti-Sikh riots, the Supreme Court Friday said all cases registered to nail the alleged culprits for their complicity in communal riots must come to some conclusion after the probe.

“You have rightly said that 30 years have passed. Such matters must come to some conclusion,” said a bench of Justice P. Sathasivam and Justice J. Chelameswar declining to entertain the plea by Tytler, challenging the Delhi High Court order in the case of his alleged involvement in the 1984 riot case.

The Delhi High court by its July 3 order had declined to stay the April 10 order of the additional session court directing further investigation into the alleged role of Tytler in inciting riots Nov 1, 1984 at Gurudwara Pulbangash in Bara Hindu Rao area of North Delhi that resulted in the killing of three people.

Appearing for Tytler, senior counsel Mukul Rohtagi said that twice the investigating agency has filed the closure report in the alleged role of the Congress leader in the riot in the Bara Hindu Rao area. The senior counsel said that Nanavati Commission too had looked into the allegations.

“Do you think one has to be at a spot to do a thing,” observed Justice Sathasivam as Rohtagi told the court that Tytler was not at the gurdwara where the rioting took place.

As Rohtagi pressed for the relief, Justice Sathasivam said that normally it takes two years for a matter to come up for hearing but in the instant case, the high court had directed the listing of the matter Sep 18 and asked the parties to the case to complete their pleadings by then.

The court said that it was not inclined to interfere with the high court order as Rohtagi pressed for interim relief.

The sessions court had directed further investigation after it set aside the magisterial court’s order accepting the closure report by the probe agency by which the Congress leader was given clean chit.

Holding that there was not sufficient material on the alleged presence of Tytler at the spot of rioting, the investigating agency is believed have said that he was present at Teen Murti Bhawan where the body of the late prime minister Indira Gandhi was kept for public to pay their homage.

The probe agency has relied on the visuals of CD recording by the national broadcaster to support its conclusion.—IANS.