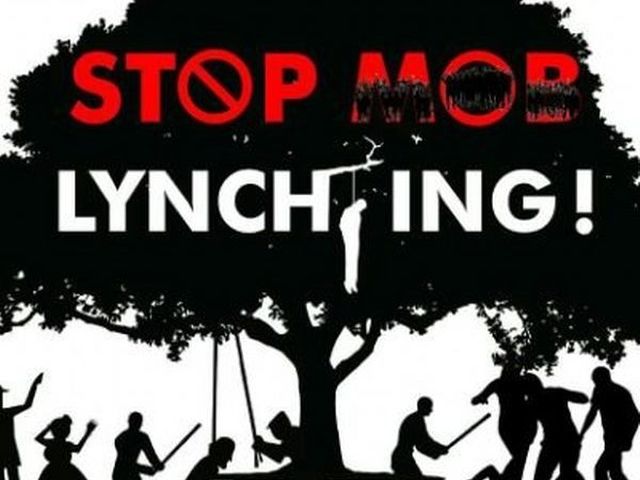 New Delhi : In a move to stop mob violence and lynching, the Supreme Court on Tuesday directed the Centre to issue advisories to the states explaining the gravity of the situation and listing the measures to be taken to deal with it.

For “preventive, remedial and punitive” steps, the court asked the Centre and state governments to broadcast on radio, TV and other media platforms, including the official websites of the Home Department and the police, that lynching and mob violence will invite serious consequence under the law.

A bench of Chief Justice Dipak Misra, Justice A.M. Khanwilkar and Justice D.Y. Chandrachud in preventive guidelines ordered that there should be seriousness in patrolling so that criminal elements are “discouraged”.

The government would take steps to curb and stop dissemination of irresponsible and explosive messages, videos and other material on various social media platforms which have a tendency to incite mob violence, said the bench.

The police can register an FIR against those who disseminate irresponsible and explosive messages and videos.

The court directed that a senior police officer, not below the rank of Superintendent of Police, be appointed as nodal officer in each district for taking measures to prevent mob violence.

THe bench recommended formation of special task force to gather intelligence about those likely to commit such crimes or who are involved in spreading hate speeches, provocative statements and fake news.

The bench directed that the Home Department must take initiative and work in coordination with state governments for sensitising the law enforcement agencies and identify the measures for prevention of mob violence and lynching against any caste or community.

The bench also took up a compensation scheme, which it said, must have a provision for the interim relief to the victims within 30 days of the incident.

The cases of lynching and mob violence shall be specifically tried by designated court/fast track courts in each district, said the court, adding that such courts shall hold trial of the case on a day-to-day basis and the trial shall preferably be concluded within six months.