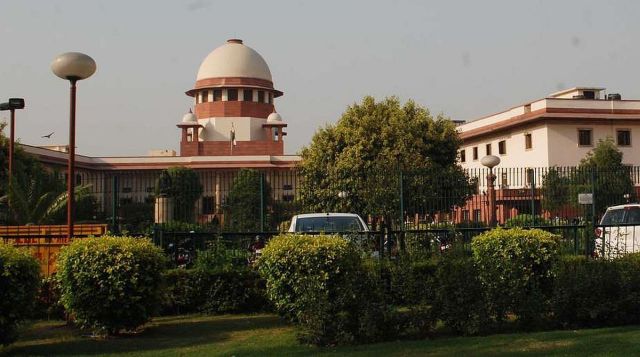 New Delhi : The Supreme Court on Monday sought a response from Gujarat, Andhra Pradesh, Telangana, Tamil Nadu and Jharkhand on a plea challenging the amendments made to the Land Acquisition Act 2013.

The amendments include exemption of the mandatory social impact assessment and provisions to safeguard food security for acquiring lands for infrastructure projects.

The Bench of Justice Madan B. Lokur and Justice Deepak Gupta issued notices to the five states as social activist Medha Patkar told the court that these states have done away with the provision of the land acquisition law that mandates undertaking of social impact assessment before acquiring land for any project.

The court was told that these states have also done away with the land acquisition law that bars acquiring multi-crop irrigated land.

Appearing for Patkar, counsel Prashant Bhushan told the court that the amendment to the law by these five states was violative of Article 21 of the Constitution that guarantees right to life.

He said that right to live with dignity under Article 21 also includes the right not to displace people from their lands. It has to be first determined that the acquisition of land is in the overwhelming interest of the state.

Issuing notices, the bench, however, told Bhushan that the Central legislation had provisions for states to amend the law.

Bhushan said that exemption for undertaking the social impact assessment for acquiring land was being given to projects under the public private partnership.