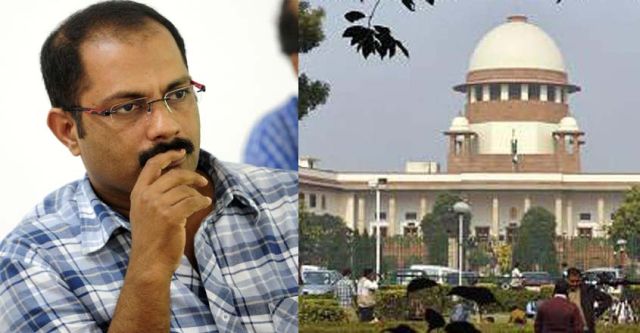 New Delhi : The Supreme Court on Thursday declined an urgent hearing of a plea by Indian Union Muslim League (IUML) MLA K.M. Shaji challenging his unseating and disqualification by the Kerala High Court for making communal overtures during his election campaign.

A bench headed by Chief Justice Ranjan Gogoi refused to hold an early hearing and said that the matter can come up in due course, after Shaji’s lawyer sought an urgent hearing.

The bench, also comprising Justice K.M. Joseph and Justice M.R. Shah, asked the lawyer for Shaji if he wanted to continue to remain an MLA by getting a stay on the High Court order.

Shaji in his plea sought ad interim ex parte stay of the operation of the November 9 order of the High Court unseating him and disqualifying him from contesting election for six years.

The IUML is a part of the Congress-led United Democratic Front, which is in the opposition after its defeat in the 2016 Assembly elections. The IUML is the second biggest constituent of the UDF.

The High Court, while unseating Shaji for corrupt practices in breach of the election code of conduct under the Representation of the People Act, disqualified him from contesting elections for six years.

Shaji won from Azhikode constituency in Kannur district in a bitterly fought battle by a margin of 2,462 votes.

He has contended that under Section 8A of the R.P. Act “it is the President of India who is the competent authority to determine whether the petitioner is to be disqualified”.