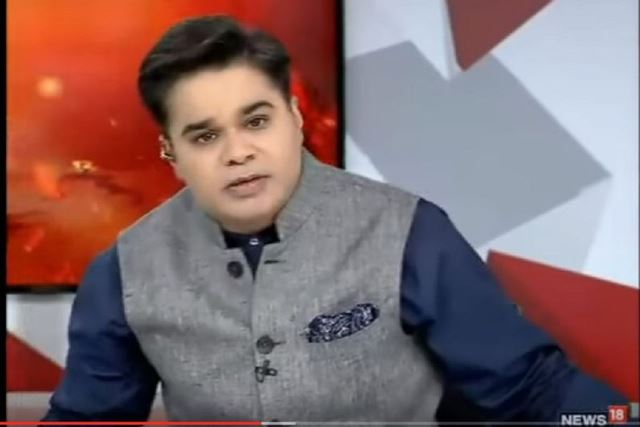 New Delhi: The Supreme Court on Monday said that in a polity committed to pluralism, hate speech cannot conceivably contribute in any legitimate way to democracy and, in fact, repudiates the right to equality.

The observation came from the top court, as it declined to quash the FIRs lodged in different states against journalist Amish Devgan for alleged defamatory remark against Sufi saint Khwaja Moinuddin Chisti during a TV show on June 15.

A bench comprising Justices A.M. Khanwilkar and Sanjiv Khanna said: “We must condemn and check any attempt at dissemination of discrimination on the basis of race, religion, caste, creed or regional basis.”

The bench said penal threat alone can’t help achieve and ensure equality between groups. “Dignity of citizens of all castes, creed, religion and region is best protected by the fellow citizens belonging to non-targeted groups and even targeted groups”, observed the top court.

The top court also added, “We must act with the objective for promoting social harmony and tolerance by proscribing hateful and inappropriate behaviour. This can be achieved by self-restraint, institutional check and correction, as well as self-regulation or through the mechanism of statutory regulations, if applicable.”

Citing the TV debate, the bench said: “Participants in such discussions can express divergent and sometimes extreme views, but should not be considered as ‘hate speech’ by itself, as subscribing to such a view would stifle all legitimate discussions and debates in public domain.”

Citing the transcript of the TV show, the bench noted that the offending portion would form a part of the ‘content’, but any evaluation would require examination of the variable ‘context’ as well as the ‘intent’ and the ‘harm impact’. The bench emphasised that this aspect needs to be considered by the court, as it forms an opinion on whether an offence is made out.

Devgan had tendered an apology for the inadvertent remark against the Sufi saint. “In fact, the petitioner relies upon his apology, which, as per the complainants, is an indication or implied acceptance of his acts of commission,” the court added.

Declining to quash FIRS, the top court said: “We decline and reject the prayer of the petitioner for quashing of the FIRs but have granted interim protection to the petitioner against arrest, subject to his joining and cooperating in investigation till completion of the probe.”

The bench also transferred all FIRs lodged in different states — Maharashtra, Uttar Pradesh and Telangana — against Devgan to Ajmer in Rajasthan. The bench noted that if a chargesheet is filed, the court would examine the question of granting bail without being influenced by these directions as well as any findings of fact recorded in this judgment.

Patriotism of Muslims should not be doubted: Shivpal Yadav