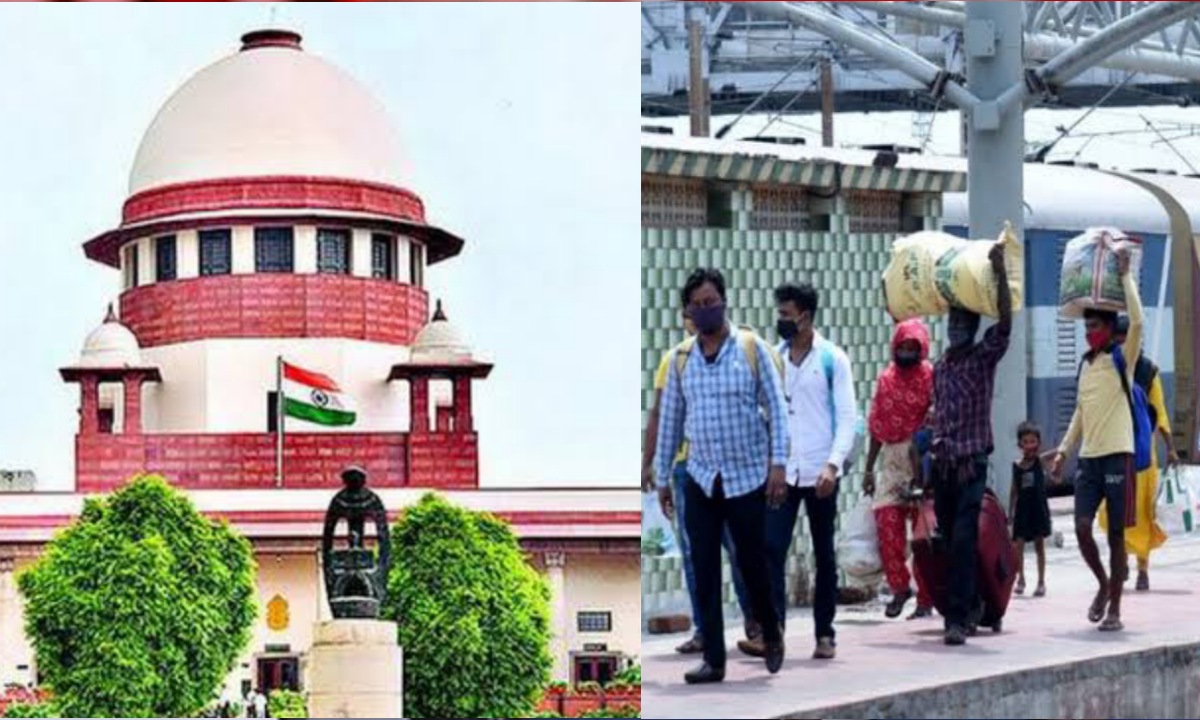 The Supreme Court on Monday said its main concern is that benefits which are meant for migrant workers must reach them and stressed the process of their registration is woefully slow. The top court said the Centre and state governments must expedite registration of migrant workers and also those working in the unorganised sectors.

A bench comprising Justices Ashok Bhushan and M. R. Shah told the Centre’s counsel: “Our main concern is that benefits meant for migrant workers must reach them. We have taken a cursory look at your (Centre) affidavit but there is nothing about registration of migrant workers in it.” The top court also queried that how will the government give dry ration to labourers who do not have ration cards?

The top court also queried, why there is no national data on workers of unorganised sector? The court emphasised that data and the portal are essential to ensure benefits reach the needy during the lockdown.

Solicitor General Tushar Mehta agreed with the top court’s suggestion that identification and registration of migrant workers is necessary, which would help in transfer of money directly in their accounts, besides other benefits. The top court also queried the Centre, who will monitor government schemes are reaching the beneficiaries, there should be supervision these benefits are reaching the needy, and suggested appointed of nodal officers.

Justice Shah said: “On paper, we have government has spent thousands of crores, but the concern is that whether it is reaching the needy persons?”

Advocate Prashant Bhushan pointed out that migrant workers aren’t only construction workers but rickshaw pullers, small vendors and street hawkers, who have been severely affected due to the pandemic. Bhushan submitted that cash transfer is a must to provide succour to them.

The bench agreed with Bhushan that process of registering migrant workers is very slow. Justice Bhushan stressed on registration of all unorganised workers so that they can avail benefits of schemes. However, the bench made it clear it would not order cash transfers which is a policy decision.

The top court noted that the earlier lockdown and the ongoing lockdown may be different, but mentality of the migrant workers will be the same, psychologically they would want to go their home, and this cannot be said that they do not require any help.

The top court said it will pass orders by 4 pm today.

The top court made these observations during the hearing of an application by activists Harsh Mander, Anjali Bhardwaj and Jagdeep Chhokar, who filed an urgent application through advocate Prashant Bhushan seeking directions to ensure that migrant workers are not deprived of ration and food security, and they should also be able to travel back to their homes at nominal cost.

The application was filed in the suo motu case initiated by the top court last year to address migrant labourer crisis during the national loclkdown. — IANS