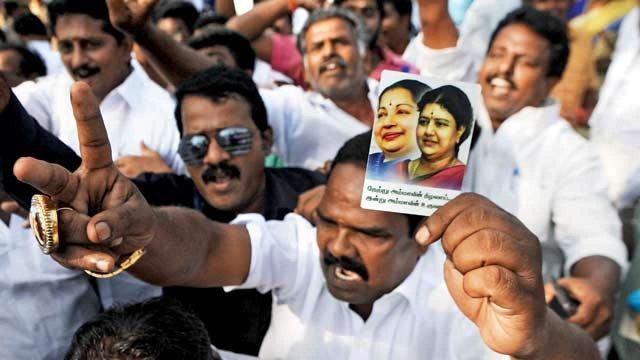 New Delhi : The Supreme Court will on Wednesday hear a plea by 17 AIADMK MLAs of the Dinakaran faction seeking the transfer of the case challenging their disqualification to the apex court from the Madras High Court.

A vacation bench comprising Justice Arun Mishra and Justice Sanjay Kishan Kaul agreed to hear the plea after it was mentioned on Monday for an early hearing.

The lawyer for the MLAs said that they were seeking the transfer of the case as there has been an inordinate delay to decide against their disqualification and under the Representation of People Act, a vacant seat has to be filled up within six months of its occuring.

There was split verdict by the Madras High Court on their plea challenging their disqualification. Thereafter, the matter was referred to a third judge and is still pending.