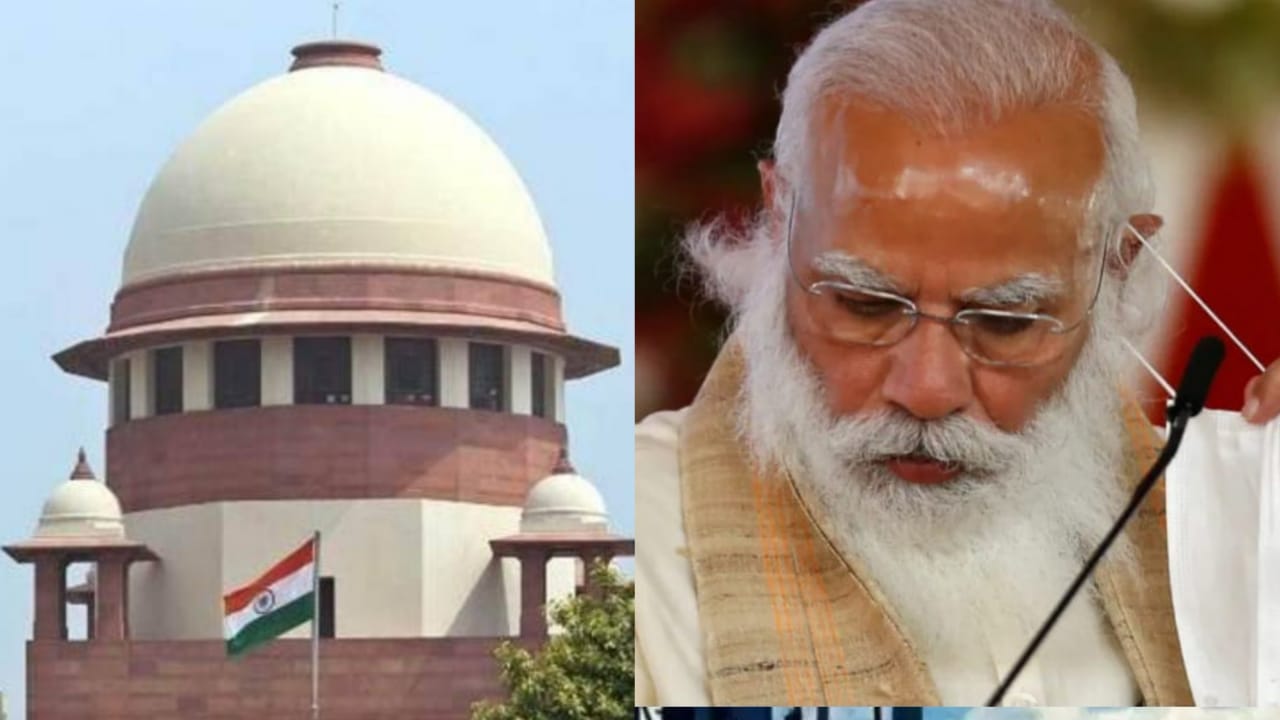 In the last couple of recent months, the highest court of law in the nation, the Supreme Court, has rapped-up the present BJP run Narendra Modi government, which is perhaps, now the only glimmer of hope left, or else, every institution, in the country has way back been monopolized, whether it be Election Commission, Executive, Police apparatus and what to say about the redundant fourth-pillar of democracy i.e. media, which is nothing but a has just become a propaganda-tool of the government.

The latest to have come on the firing-line of the SC is the way SC has sought from Central Bureau of Investigation (CBI) to submit its success rate as SC would itself evaluate it. Nothing could be a far worse slur to the premier investigation agency as now the very efficacy of the organization is to be screened and probed, that too, by SC itself! It was reported by NDTV on September 4, 1 ‘ CBI Told To Submit Success Rate Data In Cases, Supreme Court To Evaluate. The query comes after an appeal was filed in the top court regarding a delay of 542 days by the premier investigation agency in a case. Citing inordinate delay in cases being prosecuted by the CBI, the SC has sought data on the agency’s success rate in court cases and is likely to evaluate its performance. The Supreme Court has directed the CBI director to place before it the number of cases in which the agency was successful in getting accused convicted in trial, high courts. The top court also enquired how many trials are pending in lower courts and high courts and the time duration for the same. A two-judge bench of Justices SK Kaul and MM Sundresh observed that it is not enough for the agency to merely register a case and investigate, but also to ensure that the prosecution is carried out successfully. The top court, in an earlier hearing, had observed that there was “a saga of gross negligence in the performance of duties”, resulting in inordinate delay in filing cases in the courts and sought a response from the investigating agency’s Director.’ For any political and legal analyst it has always been stark clear that CBI had always been a pocket-borough of the government at the helm.

What would here needs a mention is that SC has lately been very stringent vis-à-vis Modi government. The issue of Israeli Pegasus Spyware which was used for ‘intelligence-gathering’ by the government, on account of which the Opposition stalled the parliament for the whole session, was taken up by the SC, in which SC has sought government to file-an-affidavit. SC had reportedly said, “There are civilians, including persons of eminence who are alleging hacking or surveillance of their phones. Even that can be done with the permission of the competent authority. What is wrong with it if that competent authority files an affidavit?”, informed IndiaToday on August 17 2 .
What would amount to dashing all the plans of BJP has been the order from the SC, as accounted by IndianExpress on August 11 3 , ‘that states can’t clear MPs, MLAs in cases without HC nod. “We deem it appropriate to direct that no prosecution against a sitting or former MP/ MLA shall be withdrawn without the leave of the high court,” said a Bench headed by Chief Justice of India N V Ramana. This order will most arguably hit the BJP government, with particular reference to UP, as it was well-on-the-cards, that BJP government was seeking to withdraw prosecution against its MLA Sangeet Som from Sardhana (Meerut), Suresh Rana, MLA from Thana Bhawan Assembly, Kapil Dev, who represents the Muzaffarnagar Sadar seat in the Assembly and political leaders like Sadhvi Prachi. The BJP government in Uttarakhand too was planning to withdraw a murder case against its sitting MLA Rajkumar Thukral. Therefore, the move from BJP to smack-into-the-face-of-law has thus been thwarted, and this assumed further importance as the state of UP is slated to hit the polls in the next few months. In Muzaffarnagar, UP riots had taken place in 2013 in which more than 60 people were killed.

It may be known that earlier in July SC had sent a very strong message to BJP government over its over-zeal into persecuting people, under what may be called as one of the last surviving ‘colonial-relic’ aka the sedition-law. It was reported in The Hindu on July 15 4 that CJI NV Ramana had remarked that the SC was prima convinced ‘sedition is being misused by the authorities to trample upon citizens’ fundamental rights of free speech and liberty. The Chief Justice has sent a clear signal that Section 124A (sedition) of the Indian Penal Code may have passed its time.’ It would warrant a book to entail as to how the UP BJP government under CM Ajay Singh Bisht, has in the most blatant terms misused this sedition law, of course the victim in most cases have been Muslims, in the last five-in office, apart from another favourite National Security Act and Unlawful Activities Prevention Act (UAPA), invoked from time to time, which often too, have been set-aside by the courts of law. This sedition-law has been put into practice to muzzle the voice of media, as a playing sport, by BJP at Center as well as in UP.
Owing to the indiscriminate misuse of UAPA by BJP, to bludgeon anyone with the same brush, evoked a very strong response from SC Justice DY Chandrachud, according to NDTV on July 13 5 . This obviously came from the growing evidences, from all across the nation, about the misuse of UAPA for stifling dissent. “Deprivation of liberty for even a single day is one too many. We must always be mindful of the deeper systemic issues of our decisions. Criminal law, including anti-terror legislation, should not be misused for quelling dissent or harassment to citizens our courts must ensure that they continue to remain the first line of defence against the deprivation of liberty of citizens,” he had averred.

Another fact which is enough to leave BJP red-faced is when SC called Tihar Jail authorities as ‘shameless’ and shifted the Unitech brothers Ajay and Sanjay Chandras to Mumbai prisons, reported PGurus on August 27, 6 as SC had discovered the duo were conducting business from jail with the connivance of Tihar Jail authorities! Apart from all this is the latest censure of SC about the misuse of media houses and social media for perpetuating communalism to the extent to bringing a bad name for the nation is what may be the last straw into the ignominious rule of BJP in the last eight years.

The whips from SC on so many counts, in a matter of few months, will surely resuscitate the common-man faith in judiciary or else all the pillars on which the nation stands, have gone into peril, and this is all to be surely be reflected in the coming UP-polls of 2022 and later in the general elections of 2024.
The writer is a former UP State Information Commissioner, a lawyer and a political analyst.