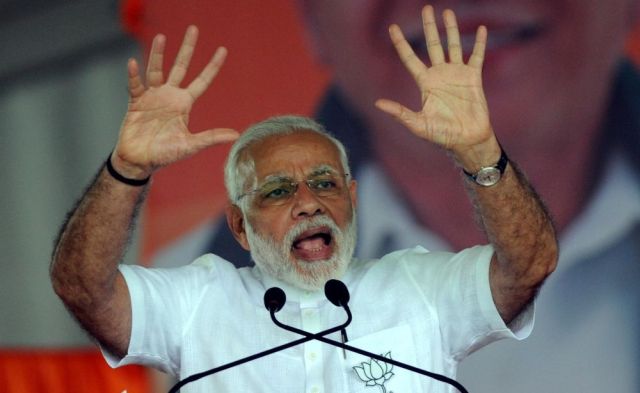 New Delhi: India’s government was under fresh fire on Friday over its relationship with the media after it emerged a farmer was coached to lie in a televised chat with Prime Minister Narendra Modi.

Journalists in India say they have faced increasing threats and intimidation aimed at stopping them from criticising Modi and his rightwing government ahead of general elections due next year.

During a conference between Modi and farmers aired across multiple channels in June, one woman farmer from eastern Chhattisgarh state said her income had doubled thanks to a government scheme.

However in a programme aired on July 6 on ABP News, one of India’s top Hindi-language channels, the woman admitted she was coached by a government official who had visited her village to lie.

Matters escalated this week after the channel’s editor-in-chief Milind Khandekar and Punya Prasoon Bajpai — anchor of the “Master Stroke” programme that carried the expose — quit the network.

Another senior anchor at the channel who has been critical of Modi’s government has been taken off air for 15 days, a senior journalist with ABP News, who wished to remain anonymous, told AFP.

The opposition Congress party laid into Modi over the affair on Friday, while social media was rife with accusations that the government was trying to muzzle the press.

“It is unfortunate that the media is being targeted for doing its duty, for carrying out reality checks on the government’s claim,” senior Congress leader Mallikarjun Kharge said in parliament.

“The media is being intimidated,” he said.

“I see the #ABPNews developments as an admission that the govt has failed and it is running scared of Hindi TV channels exposing its failures in an election year. This fascist streak will only get stronger,” tweeted Arvind Jha, an entrepreneur.

Freelance journalist Dhruv Rathee said the journalists were paying the price for exposing a “big fraud”.

“They had asked farmers to lie and speak good things about Modi. (Bajpai) dared to speak the truth and he was fired,” he wrote on Twitter.

A BJP spokesman did not immediately respond to an AFP request for comment.

The Press Trust of India quoted information minister Rajyavardhan Rathore as saying the government had “nothing to do” with the resignations.

It also took the Indian government to task over online hate campaigns and harassment by “armies of trolls” associated with Hindu nationalists loyal to Modi.