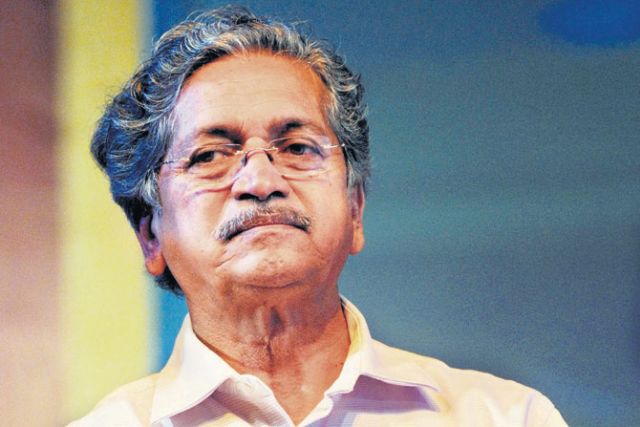 Mumbai : A day after Chief Minister Devendra Fadnavis announced a probe against two cabinet colleagues for alleged corruption, Industries Minister Subhash Desai of ally Shiv Sena tendered his resignation on Saturday but it was rejected.

The quick-paced developments came after Desai met Fadnavis with his resignation letter. The Chief Minister spoke with Shiv Sena President Uddhav Thackeray before rejecting it. He asked Desai to continue in office.

Desai, 75, among the seniormost Sena leaders, is a close confidante of Thackeray. The two leaders met late on Friday night before he decided to quit, official sources said.

After a sustained opposition onslaught in the legislature against Housing Minister Prakash Mehta and Desai, Fadnavis announced a probe into the allegations on Friday.

As pressure built up, Bharatiya Janata Party sources claimed even Mehta offered his resignation on Friday night, but Fadnavis rejected it, prompting a sharp reaction from the opposition Congress on Saturday.

“It’s a farce, announcing the investigations, getting resignations and then rejecting them… Why is there a different yardstick for (former BJP Minister) Eknath Khadse and others,” demanded Congress spokesperson Sachin Sawant.

“The people who are accused of graft are levelling corruption allegations against our ministers… They disrupted the assembly session on these issues to divert attention from their own misdeeds,” Thackeray said.

He confirmed that after discussions with Fadnavis, it was decided that Desai’s resignation from the cabinet was not necessary.

Mehta was charged with corruption in certain slum rehabilitation projects here by the Congress-NCP.

On the final day of the legislature session, Fadnavis assured an inquiry by Maharashtra Lokayukta Justice M.L. Tahiliyani into the allegations against Mehta and by the state Anti-Corruption Bureau against Desai.

The opposition had demanded probes by the Enforcement Directorate and a Special Investigation Team against the two senior Ministers – who stoutly refuted the allegations hurled against them.

Sawant said the manner in which the government sought to exonerate Mehta, even before a probe was initiated, proved that the government is “unprincipled”, with both the ruling allies hand-in-glove on the issue.