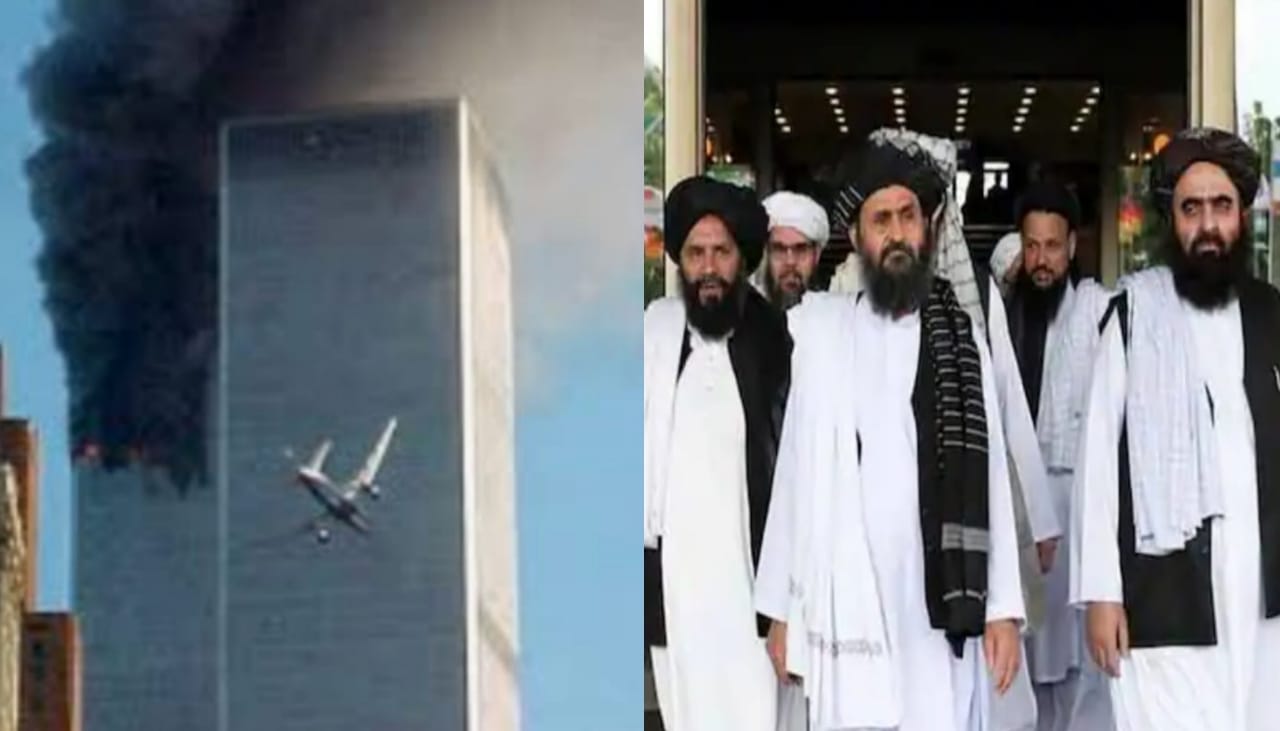 This year marks 20th anniversary of the most horrific terror incident on the face of this planet earth. On this fateful day terrorists rammed aeroplane full of innocent men, women and children into the Twin Towers killing all passengers and people working in the tower and around.

Soon afterwards, USA along with its NATO allies launched aerial attack on Afghanistan driving out Taliban- an ultra-conservative Islamists who had come to power after marshalling over other fighting groups and warlords except Northern Alliance. Thus the America’s nation building and war on terror started.

Ensuing war on terror and nation building saw two long and seemingly unjust wars- Afghanistan; a medieval country by most standard and another relatively safer and peaceful though under the ironclad rule of a dictator Iraq.

Osama bin Laden and his band of zealots had long held USA responsible for the all ills afflicting Muslim countries especially Middle Eastern Nations because of its almost unconditionally support to kingdoms and dictatorship. Predicaments of Palestinians at the hands of Israel, which Al Qaeda regarded as illegal state established solely because of unquestionable support of USA, was another issue very dear to Osama and his blood thirsty terrorists. He and his organisation Al Qaeda though used religion to upend the global orders and establish new geo-political set up for the Muslim Umma united by border-less singular vision of Islam.

He and his co-conspirators envisaged the truncated role of USA in the lands of Muslims especially Middle East and would had liked USA to let its support to Kingdoms and dictators slip away gradually by tormenting American and American interests. The slew of bombings, before September 2001, of U.S. embassies in Kenya and Tanzania in 1998, in 2000, ramming of a small boat filled with explosives into the USS Cole as it was refuelling in the port of Aden, Yemen, were all targeted with the same objectives in mind.

Soon after driving Taliban out of Afghanistan USA trained its guns at Iraq which had played no role in September 11, 2001. In fact Saddam Hussain, a dictator has kept radicalised Muslims under check and didn’t allow any room for organization like Al Qaeda to prosper. This ill-fated war on Iraq had opened a new cans of worms for the world to manage. A relatively peaceful country turned into the killing field for sectarian conflicts, fed into regional instability, gave birth to ISIS and largely radicalised the disillusioned population of Iraq.

Human, Economic and Social cost
According to the Watson Institute of International and Public Affair (Brown University) the war on terror since 2001 has resulted in more than 801,000 deaths directly, this does not take into account the deaths occurred later due to the complications directly or indirectly, in Afghanistan, Iraq, Pakistan, Syria and Yemen. USA, its allies and contractors took almost 8000 body bags home.

According to the same report millions of people living in the war zones have also been displaced by war. The U.S. post-9/11 wars have forcibly displaced at least 38 million people in and from Afghanistan, Iraq, Pakistan, Yemen, Somalia, the Philippines, Libya, and Syria. This number exceeds the total displaced by every war since 1900, except

Wars are costly economic decisions and exact steep price on the nations going for war and in process wars annihilate the economies of the countries on whom it is imposed. According to Watson Institute through Fiscal Year 2022, the United States federal government has spent and obligated $8 trillion dollars on the post-9/11 wars in Afghanistan, Pakistan, Iraq, and elsewhere. This does not take into the account the opportunity cost of these capital had these been deployed somewhere else. Since these spending have mostly been financed through borrowing its interest payment will also run into billions for many years to come.
The prime minister of Pakistan, Imran Khan, counted 80,000 dead and $150 billion loss to Pakistan’s economy due to the spill over effect of the war in Afghanistan.
The post 9/11 saw encroachment of basic human rights across world, nation’s enacted law to curb social rights, freedom, and increased surveillance throwing privacy out of window. USA, majorly, operated black sites ; an illegal place to keep arrested individuals suspected of terrorism charges- Abu Gharib prison, Bagram Air Base and Guantanamo Bay. The liberal democracies who propagated personal liberty, freedom and justice detained individuals, in most cases, illegally and kept them indefinitely without trial.
Loss of ideals

Al Qaeda immediately after the assault on Afghanistan was incapacitated and never ever were able to muster support and acquire capability to inflict damage to USA and its allies, though its progeny ISIS did caused some significant loss of human lives in some western countries notably in France. Al Qaeda, as a result of USA and its allies war on terror has lost moral grounds which it used have enjoyed earlier in the Middle Eastern countries, especially. Its raison de’tre of using violence to achieve its political objectives evaporated. The cause of Palestinians and Kashmiris, which Bin Laden espoused, were forever reduced to terrorism instead of armed struggle for self-determination. The world public opinion sharply turned against all armed struggle, nations and communities were repulsed with the violent methods leaving some of the genuine struggle without moral support. This was the real loss to organisations like Al Qaeda as, no longer, they could garner public support. The whole concept of boundary-less Umma evaporated and left the vulnerable to redefine their fights, methods of struggle and keep themselves away from the tag of terrorism.

As Michelle Goldberg said in her opinion piece (New York Times, 9th September 2021) “The danger jihadist terrorism posed to our country, while serious, was never truly existential; Al Qaeda fell apart shortly after its greatest triumph. Yet the damage Sept. 11 did to the United States was more profound than even many pessimists anticipated.

The attacks, and our response to them, catalysed a period of decline that helped turn the United States into the debased, half-crazed fading power we are today. America launched a bad-faith global crusade to instil democracy in the Muslim world and ended up with our own democracy in tatters.”

The American dream of nation building lie in tatters today in contrast with hubris, triumphantalism, and super expanded ego of September 2001. She further captures the reality as “but this epoch of aggressive jingoism, ethnic profiling, escalating paranoia, torture, secret prisons, broken soldiers, dead civilians and dashed imperial dreams have left freedom in retreat both globally and here at home.
With $ 8 trillion spent, around 8000 US and Allied forces and more than 801,000 people dead, the sheer loss is too big to miss. Al Qaeda had pulled off unprecedented hitherto unheard mass murder on the soil of USA. The traumatised USA egged by politicians, intellectuals, and general public launched an unprecedented war on an enemy, which was not of its stature, without realising the long lasting impact it is going to have.
Bin Laden is dead for an almost a decade now. But Al Qaeda is thriving, in 2001, there were few hundreds of Al Qaeda members now they are into thousands spread over far many countries than it existed before.

On this 20th anniversary Taliban is back in power, USA has to negotiate and trust the same people whom she was at war with. USA is licking its wounds of defeat at the hands of rag clad, bare footed Talibans.