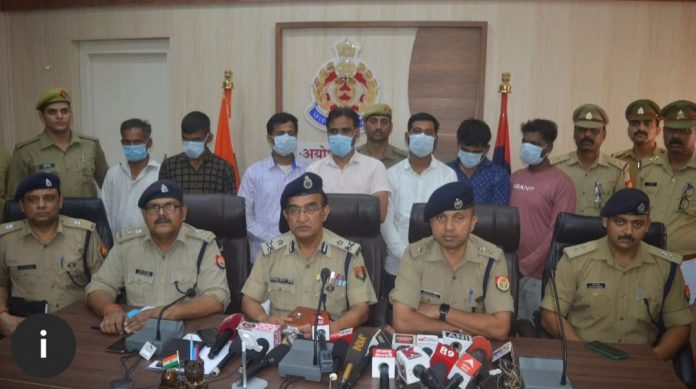 LUCKNOW Seven people were arrested for dumping objectionable items outside four mosques and a dargah in UP’s Ayodhya in an attempt to stir riots in the district, said senior police officials on Thursday.

The police team was immediately pressed into action and the culprits were arrested with the help of CCTV footages. The footages showed eight people on four motorcycles but detailed investigation revealed that 11 people were involved in the incident, he said.

He said the mastermind of the incident Mahesh Kumar Mishra, was nabbed. The six others arrested were identified as Pratyush Srivastava, Nitin Kumar, Deepak Kumar Goud alias Gunjan, Brijesh Pandey, Shatrughan Prajapati and Vimal Pandey while efforts were on for the arrest of four others.

The entire planning was done by Mahesh Kumar Mishra, who wanted to take revenge for the Jahangirpuri incident by disturbing law and order situation before Alvida ki Namaz and Eid. All the accused gathered at Brijesh Pandey’s house on April 26 night and left in five groups on five motorcycles, said the SSP.